Admiral Rael'Zorah is Tali's father and a member of the Admiralty Board. When Tali'Zorah transfers to the Normandy SR-2, he approves of her transfer and sends Commander Shepard a message about it.

When Tali sets off on her Pilgrimage, Rael sends her a vid-mail impressing upon her the importance of her Pilgrimage and how the quarian people needs to be strong against the galaxy's harshness and cruelty.

According to Han'Gerrel vas Neema, he and Rael were both young trainees when they had to defend the gunship Yaska against batarians. During a batarian attack, Rael managed to fight off the batarians in defiance of orders, saying that they couldn't get in trouble for breaking formation as trainees. As a result, the Admiralty Board awarded medals to both of them and sent them out on their Pilgrimages early. 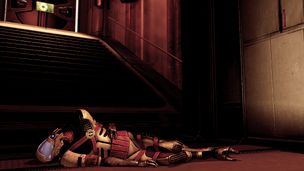 Rael eventually rose to a position on the Admiralty Board. He was distant from his daughter Tali, determined to help the quarians reclaim their homeworld and build a house for his family on it. He was rather hard on Tali during her upbringing, making sure she grew up to be a capable representative of the quarian people.

In 2185, Rael tells his daughter to send him geth components for a secret project on the Alarei. When Tali completes her mission on Haestrom and joins Commander Shepard's crew, Rael approves her transfer.

Sometime after his message is sent, the geth he had reassembled attacks both him and the other quarian scientists aboard the ship, and Tali faces treason and exile on the charge of sending active geth into the Migrant Fleet. Tali returns to the flotilla to face trial, and she and Commander Shepard board the Alarei. They find Rael's corpse, dead along with all of his research team. Tali tries to deny that he is dead, attempting to rationalize that he is trying to fake his death. 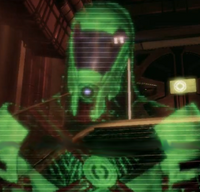 After breaking down crying, she finds a message recorded on his omni-tool explaining how to deactivate the geth and instructing her to show the data to Han'Gerrel and Daro'Xen. Evidence showed that Rael was deliberately activating geth to perform experiments in order to find a way to successfully hack their neural network, violating sacred laws that predated the quarians' flight from the homeworld. However, he refused his assistants' advice to contact the Admiralty Board as a precaution and had Tali send back more working material. His respective reasoning was that the Admiralty would predictably bicker and he didn't want his daughter involved in any political blowback.

According to Tali, if Rael's deeds were ever revealed, his punishment would be far worse than posthumous exile: His name would be stricken from the manifests of every ship he had served on, and he would be remembered as the worst war criminal in quarian history, held up for future generations as a monster in a cautionary tale.

Whether Shepard presents this evidence to the Admiralty Board affects the outcome of Tali's trial. If Han'Gerrel is told in secret after the trial (if the evidence was not presented), he becomes shocked and horrified, yet vows to keep the truth a secret, knowing how badly it would hurt the fleet and how Rael's daughter would have to pay for his mistakes.

Rael's spot in the Admiralty Board is temporarily filled in by his daughter if she survived the Suicide Mission and wasn't exiled due to his actions. The rest of the Admirals haven't yet gotten around to naming a proper replacement when the quarian-geth war started up again. His experiments and Xen's subsequent breakthroughs were the direct cause of renewed hostilities between the quarians and their creations.

Rael's influence is still felt by his daughter throughout events in 2186, coloring part of her motivations for helping her people. If she survives the reclaiming of Rannoch, Tali addresses these thoughts after the incident on Horizon, helped by healthy doses of drink at the Normandy's bar.

Tali is reminded of the parallels between her issues with her father and Miranda Lawson's issues with her own. If she is in a relationship with Shepard, Tali muses that Rael would've hated her human boyfriend. Shepard offers a toast to his memory.