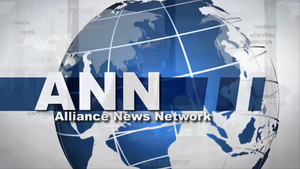 The Alliance News Network employs numerous correspondents across the galaxy. Its information partners report newsworthy events on a weekly basis in the days leading to the Reaper invasion, and during the war itself, news are dispatched whenever possible.

VANCOUVER, EARTH – A leaked report has cast doubt on key facts in the Battle of the Citadel, backing up controversial claims by the long-marginalized “Citadel Conspiracy” movement.

In the report, acquired by the free-information group TruthHax, a top-secret emergency defense committee admits that the powerful dreadnought at the center of the battle may not have been of geth construction.

Key to the report is testimony by Commander Shepard, hero of the Alliance Navy and a decorated veteran. Shepard insists Saren Arterius’s flagship was actually one of many artificial intelligences separate from the geth and hostile to organic life.

Shepard’s credibility has declined in recent years amid reports of abetting the human supremacist group Cerberus. But in the leaked document, the defense committee appears to treat the Commander’s claims as a genuine possibility.

Shepard could not be reached for comment, having been relieved of duty by the committee.

Prime Minister Shastri was confronted with questions about the report today at a routine press conference, but waved them off, saying only: “It’s a big galaxy. The geth are one of many threats we talk about, and rest assured, the Alliance will be prepared for whatever comes our way.”

Amita Qasid is a political correspondent for ANN’s “Earth Standard” and a frequent contributor to ANN Magazine.

In an extended speech given last night to the homeworld and colonies, the dalatrass primarily addressed her constituent clans, duchies, and corporations, lauding growth she secured for salarian businesses and taking shots at the rival Narra bloodline.

Afterward, pledges of loyalty or statements of no-confidence were factored into the weighted electoral system that the Linron bloodline uses to determine leadership.

Dalatrass Narra called Linron to congratulate her on her victory. But insiders say the Linron rivals are to be watched.

“Linron’s influence over the Salarian Union is undeniable, but the Narra are dangerous. They don’t even recognize Talat as the planetary capital.”

The source added: “If their dalatrass gambles right, she could get the loyalty of the STG, which is key in any coup.”

In other words, it’s just another day on Sur’Kesh.

CITADEL — Diplomatic relations between the quarians and Citadel Council have chilled after the Migrant Fleet refused to consider visitation by Council weapons inspectors.

The move comes several months after the Migrant Fleet allegedly acquired dual-use ship materials, which could be used to create dreadnought-scale weaponry.

The allegations leveled by unnamed Spectres center around a battle over the Terminus world of Korlus. In a violent dispute, the Migrant Fleet fought Blue Suns mercenaries and when the fighting was done, took its fill of starship parts on or orbiting the planet.

Quarian representatives have so far been unapologetic.

“We have no embassy on the Citadel, and are no longer signatories to the Treaty of Farixen,” Admiral Han’Gerrel vas Neema said. “Our armaments are none of the Council’s business. Further, these worries are unfounded. We have never had, nor do we plan to have, hostile intent to Council species.”

“The Migrant Fleet has always lived on the edge of criminality,” popular blogger Feyro Derlan said. “But adding an axial gun to a liveship that’s who-knows-how-many kilometers long? That’s not a cause for worry, that’s terror worth soiling your pants over.”

Diana Allers is a war correspondent who appears regularly on ANN’s “Battlespace.”

CITADEL – A report by the salarian Special Tasks Group, warning of the increasing danger of human-supremacist group Cerberus, is garnering attention in the halls of the Citadel Tower. ANN has agreed not to publish the classified report’s contents, but experts within the STG, speaking on condition of anonymity, warn that what was once considered a small and extremely select group has grown drastically in size and power. “There has always been a segment of the human population that believes the Council government is lying to them,” said one agent. “Cerberus exploits that fear.” A confiscated recruitment video included in the report states the Cerberus mentality plainly: “Other species may talk with us, trade with us, even live with us, but when a crisis comes, we are on our own.”

Critics of the report are quick to point out its flaws. “This report covers ground that Spectre intelligence has already covered,” said one Tower insider. ”We know Cerberus has the ability to field many troops, build a stealth frigate, and conduct groundbreaking research. It’s been clear for months, even years, that Cerberus is growing in numbers, but when it comes to how Cerberus are able to do all this, STG only says, ‘we don’t know yet.’ It is past the point where that is acceptable.”

UTOPIA SYSTEM – A massive influx of batarian ships is raising tensions in the Exodus Cluster, putting Alliance forces on high alert. According to Alliance officials, the ships came from the batarian-held Harsa relay with minimal warning, some barreling right through. The Alliance reportedly fired on some of the ships with the intent to disable them.

“It’s a miracle any of them are still alive,” one human frigate captain said. According to the batarians, they are neither invaders nor defectors, but refugees. They claim a hostile species has attacked the Hegemony’s fleet, bombarding Khar’shan and other batarian planets.

With the Harsa comm buoy system crippled, communication is sporadic at best between far-flung batarians and their government on Khar’shan. Some refugees claim the attackers were Council. Others blame the geth or even the rachni. All report that the enemy, in whatever form, is blockading the relay, destroying most spacecraft trying to make it through. The refugees are not solely civilians. Hegemony Commander, Eruz Mathat, who is under guard while his cruiser is inspected, was blunt in his assessment of the situation. “I never thought I would say this to the human navy,” he said, “but we need you.”

CIPRITINE, PALAVEN – The Turian Hierarchy is at war with an unknown force of artificial intelligences, Palaven’s Primarch Fedorian revealed today in a brief address carried throughout Citadel space. The speech came just hours after comm buoys went dark near Mactare, a star system home to the battered turian colony world of Taetrus.

Rumors suggesting the attackers were the same insect-like ships that attacked batarian and human space were confirmed by the Primarch. “The attackers are called Reapers. They are a race of intelligent starships that can turn their prisoners into willing slaves,” he said.

Fedorian did little to acknowledge fears that the enemy must have superior technology in order to coordinate two fronts thousands of light years apart. “There are many mysteries about this enemy, but we know enough,” he said. “They have attacked our kin and so it is war with them. War until victory. War however long and hard the road may be. War until they can never threaten us again.”

Turian response to the Primarch’s statement was vociferous. Several inter-and-extranet outages were reported following the speech, as turians vented their anger at the enemy. Primarch Fedorian seemed to have predicted this emotional response in his address, though it remains to be seen if he can contain it. “Now is not the time to be enraged,” he said. “Now is the time to harness our will and do what must be done. We must show that whatever civilization we face, it picked the wrong foe.”

TREBIA SYSTEM — Hierarchy forces failed to retake the Mactare relay and the malicious starships known as the Reapers have pushed into Palaven’s space.

The Hierarchy attempted a trans-relay assault to liberate the colony world of Taetrus this week, only to lose great numbers of ships and personnel.

The attack began with an assumption that the Reapers were on the far side of the relay, ready to annihilate anything that came through. The 29th through 32nd Fleets, specialists in delivering heavy ordnance, sent resonant warp bombs through the relay to clear the Reapers away from the immediate area on the other side. They then sent the four fleets through the relay, believing their considerable mass would create relay drift and deliver them out of the Reaper targeting zone.

The extent of losses is classified. What is known is that Reaper ships emerged on the Palaven side of the relay. There, according to Hierarchy sources, “a significant portion of the armada” engaged the Reapers. Fierce fighting continues.

Reports came through of the Reapers broadcasting images of their victory at Taetrus, but these could not be authoritatively confirmed. Some comm buoys were destroyed, creating extranet lag for signals coming out of the Trebia system.

In an emergency broadcast from an undisclosed location, Primarch Fedorian admitted it is possible Palaven’s communications with the rest of the galaxy will go dark during the fighting.

“We must prepare for the worst,” he said. “We cannot expect aid from allies when our allies face nightmares of their own. They look to us, because in each turian is a soldier. Now we must become more. Each of us must be a savior.”

The Alliance News Network Information Partners are also known to have made reports on certain topics, mostly without known author attribution. These items can be read by Commander Shepard on terminals aboard the Normandy SR-2 as the Reaper War progresses.

Shepard receives this email if they didn't convince Din Korlack to part with intel concerning a Cerberus strike.

If Aresh was spared during Jack's trip to Pragia, he dies a heroic death.

If Shepard retrieved Javik from Eden Prime and also enabled its colonists to revolt against their Cerberus occupiers, this email appears in the aftermath.

Kal'Reegar dies in the Reaper War if he survived Haestrom and the quarians survived their war to retake Rannoch. The message is received sometime after Thessia's fall.

After the foiled Cerberus coup, ANN contributor Ruxius Rilius spreads a piece exhorting suspicion on the actions of the galaxy's largest fleet.

Rana Thanoptis goes on to slay numerous asari officials before killing herself if she was spared by Shepard on Virmire.

If Wrex is the Urdnot leader and the genophage cure is actually fake, he learns about it and confronts Shepard on the Citadel after the battle for Rannoch. He dies attempting to kill Shepard, and the incident is whitewashed in the news.

The Zhu's Hope colony on Feros takes up arms against the Reapers if Shepard allowed the colony to live and prosper.