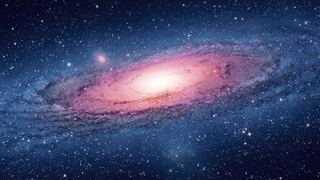 The Andromeda galaxy is a spiral galaxy 2.5 million light-years from the Milky Way. In the last few years prior to 2186 CE, Andromeda has been the subject of an exploration and colonization effort known as the Andromeda Initiative. Several Milky Way races poured enormous resources into this one-way venture with the intent of opening a new frontier for expansion and trade and eventually creating a reliable route between Andromeda and the Milky Way. Even before the Initiative, certain asari explorers have shown a dedicated interest in colonizing the galaxy, and although they failed, they did help the Initiative.

Travel to Andromeda takes about 600 years of FTL through dark space. Long-range scans from the Milky Way identified seemingly resource-rich worlds within a region of space known as the Heleus Cluster, marking it as the Initiative's initial foothold in the distant galaxy.

Retrieved from "https://masseffect.fandom.com/wiki/Andromeda?oldid=508566"
Community content is available under CC-BY-SA unless otherwise noted.