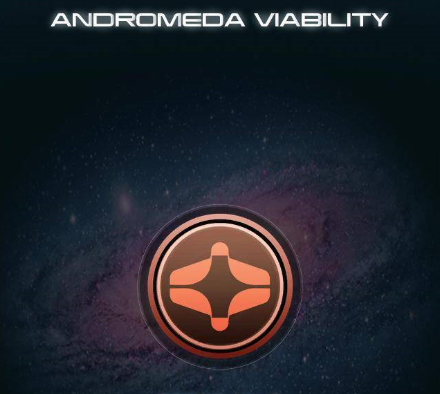 When enough AVP is earned, the Nexus level will increase, allowing more colonists to be awoken from cryo sleep. The colonists that are awoken determine what perks and advantages that will be available during gameplay.

Not all of the cryo pod perks are available at the beginning of the game.

Selected for their years of field experience and ingenuity under pressure, these scientists' expertise can quickly improve the Initiative's research and resources gathering capabilities.

Military veterans from across the Milky Way have brought their expertise to Andromeda, including advanced combat training and wilderness survival skills.

Trade is the lifeblood of civilization. These talented merchants and entrepreneurs can use their connections to acquire rare items, grow financial investments, or improve inventory management.

Cryo pod perks that give rewards at regular intervals do so every 45 minutes of real world time. This time interval means time actually spent in game, and not spent in game menus, with the exception of the AVP menu itself.

Time-based rewards are not automatically received after each timer interval. To receive the rewards, visit the AVP menu and manually collect the rewards, then the timer is refreshed for the next reward. The AVP menu can be accessed on the Nexus in Addison's Office or in the Research Room of the Tempest.

Time-based rewards do NOT stack over time. If applicable rewards are available after 45 minutes of time, after an additional 45 minutes (90 minutes total) the same reward amounts will be available. No extra rewards are accumulated over time. Rewards have to be manually collected for the timer and reward process to start over.

Playstyle will determine which cryo pods are best to unlock during gameplay. A few items to keep in mind are the following:

Retrieved from "https://masseffect.fandom.com/wiki/Andromeda_Viability_Points?oldid=513394"
Community content is available under CC-BY-SA unless otherwise noted.