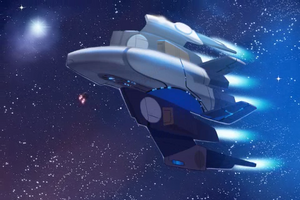 The Arcturian Jade is travelling to the Citadel when it is attacked by batarian terrorists. Luckily, Jacob has brought his assault rifle, kept from his tenure as a marine, and uses his combat experience to battle the batarians and defend the crew and passengers.

After intercepting the batarians as they head to the bridge, Jacob confronts and questions the batarian leader, who reveals his motives for the attack. He wishes to show humanity a lesson in obedience, resenting the human "sense of entitlement" and the Council's unwillingess to listen to the batarians' demands. To this end, he ordered an attack on the ship, despite knowing the ship's promixity to the Citadel would make it a suicide mission. After defeating the batarians and saving the Arcturian Jade, Reginald Tudge offers Jacob his choice of cabins for the remainder of the journey to the Citadel.

Jacob later resumes his vacation aboard the Arcturian Jade after foiling Jath'Amon's attack on the Citadel, this time joined unexpectedly by Miranda Lawson with a bottle of champagne.

Retrieved from "https://masseffect.fandom.com/wiki/Arcturian_Jade?oldid=464591"
Community content is available under CC-BY-SA unless otherwise noted.