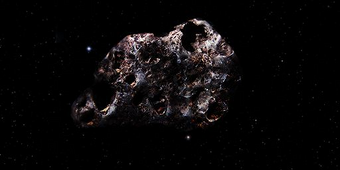 Asteroids in Mass Effect can be found in asteroid belts orbiting the various systems. To spot them, swing the cursor around along the belt, or watch carefully: they'll flash violet every few seconds. Plot them on the Galaxy Map by moving the cursor over an asteroid belt and pressing "A" (for the PC version) or "Y" (on Xbox 360) when prompted.

Asteroids are sometimes used as weapons, particularly by the krogan and the turians. Dropped from orbit, they cause an impressive amount of damage with minimal effort and cost. The krogan were known for using these tactics during the Krogan Rebellions, rendering at least three turian planets completely uninhabitable. Asteroid drops on 'garden worlds' - planets like Palaven, Thessia or Earth - are strictly illegal under Tier 1 of the Citadel Conventions. However, this does not prevent terrorist groups from doing so (see Bring Down the Sky). 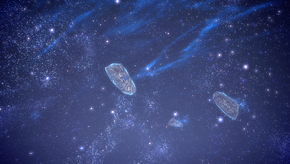 These carbon-rich asteroids make up the majority of asteroids in the Sol system.

Metallic asteroids derive from the cores of planets and dwarf planets which have differentiated, and then been destroyed.

Deutsch
Community content is available under CC-BY-SA unless otherwise noted.