Chasca is a large, but low density world, fundamentally similar to its inner neighbor Inti. Like Inti, Chasca is tidally-locked to Matano. The same side always faces the sun, resulting in a scorching day side and a frozen night side. In the temperate areas around the terminator, temperatures average around 30 Celsius. Combined with a nitrogen-oxygen atmosphere, this slender band of habitable terrain allows limited colonization by humans.

Chasca's ring is unique. It appears to be, for lack of a better term, a massive piece of alien "installation art." The rings are made of small pieces of synthetic material, and are almost invisible from space. From the ground, they catch and scatter the light of Matano in picturesque ways. It is not known who created the ring or when.

Chasca is very early in development, with little more than a few pioneer teams scattered across the surface. Information is being collated about native hazards and ecology, while a massive colonist recruiting drive is gearing up back on Earth. 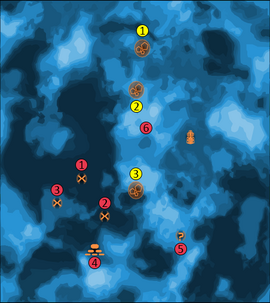 Retrieved from "https://masseffect.fandom.com/wiki/Chasca?oldid=521011"
Community content is available under CC-BY-SA unless otherwise noted.