View source
watch 02:17
New Pokemon Games - The Loop
Do you like this video?
Play Sound
1/7

Chorban, a salarian scientist, has discovered a way to scan the keepers, but the Citadel authorities do not like people disturbing the insect-like creatures. You offered to help Chorban and he gave you his scanning device. Each time you scan a keeper the data will be sent to him automatically.

Alternative journal entry:
Jahleed, a volus scientist, has discovered a way to scan the keepers, but the Citadel authorities do not like people disturbing the insect-like creatures. You offered to help Jahleed and he gave you his scanning device. Each time you scan a keeper the data will be sent to him automatically.

After your first visit with the Council, Ashley (or another companion) will take note of a salarian named Chorban bending over a keeper if you move close enough. Speak to him and he will tell you about his work and the grey area of legality it falls into. Eventually, he will give you the scanner and the assignment to scan all of the keepers in the accessible part of the Citadel.

If you spoke to Jahleed first and acquired the Citadel: Jahleed's Fears assignment, then you can find Chorban in the lower markets. You can speak to him and get the scanner from him there. If you discourage Chorban from continuing his research, your last chance in acquiring this mission is by speaking to Jahleed after dealing with Chorban. The volus gives you his scanner, resulting in the slightly changed journal entry above. 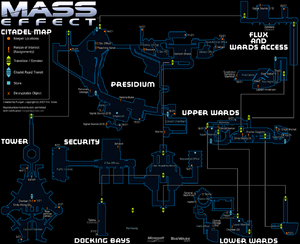 Approach each of the keepers on the Citadel and scan them. You will receive credits and XP for each keeper scanned and a bonus after you have scanned all 21 keepers. You do not need to report back to Chorban.

Legendary Edition: There are still 21 scannable keepers, though only 20 are required to complete the assignment.

Abandoning the assignment is possible through dialogue with the scientist that originates it, and the reward for doing so is +8 Paragon points and +XP. However, there are no corresponding Renegade points for completing the assignment. It is also possible to receive both rewards by scanning all of the keepers before returning to the scientist and choosing the Paragon dialog option.

To the right is a map of keeper locations. Below is a list of all 21 keepers throughout the Citadel. This list uses relative compass points. 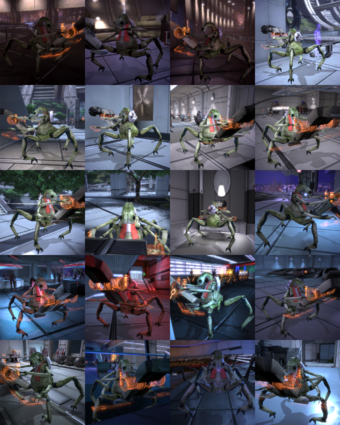 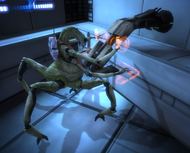 Note: "Examining" and "scanning" are not the same. The keeper in front of the Citadel Tower continues to let you examine it after it has been scanned the first time (with a warning from the VI not to disturb the keepers). If you're still missing keepers, go through the list again or see the bug reports below.

If you didn't kill Chorban, you offered to scan for him, and completed his assignment, Chorban will send you a brief summary of his findings. Unfortunately, he has been unable to convince anyone into taking his discoveries seriously.

The e-mail will be received once you've advanced enough through Mass Effect 2.