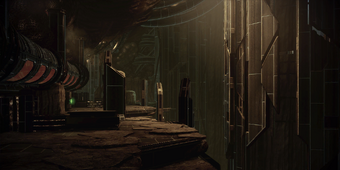 In order to reach the main control chamber, the assault on the Collector base has been divided into three teams. One team member is proceeding through a ventilation shaft while two teams distract Collector forces.

This mission is triggered as part of the Stop the Collectors: Defeat the Collectors mission, once you have managed to pass through the Omega 4 Relay and have crash landed on the Collectors' base. 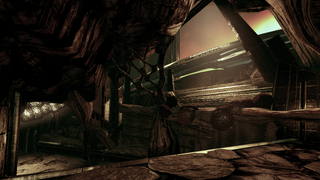 Once the choice is made, Miranda will say that while Shepard will lead one squad, someone else must lead a second squad to serve as a diversion. She volunteers to do so, but you can choose any other squad member.

Once that choice is made, you have the opportunity to make a rousing speech to your troops. Select your own squad from the remaining members. You will be facing waves of Collectors with repeated appearances by Harbinger, and you will also be under time pressure to advance quickly enough to keep your specialist alive. As recommended in the guides for previous missions where you fight the Collectors, having a high level Flashbang Grenade power can greatly reduce the difficulty of facing Harbinger as it can disable his attacks. Having Kasumi in your squad is generally the best option to obtain the power as the bonus power version of Flashbang is much more challenging to use with precision. Combat Drone is moderately effective at tying Harbinger up but other Collector troops accompanying him will quickly attack and destroy it. Powers and abilities effective against barriers such as Warp Ammo, Warp, and Reave will also come in handy.

Killing or disabling the Collectors quickly is of vital importance in this section due to the time pressure you'll be under to advance, and heavy weapons are designed specifically for such a purpose. The same choices that served you well in previous encounters with the Collectors should still suffice, the M-622 Avalanche, M-100 Grenade Launcher, or the Arc Projector being generally the best options.

If everything is in order, the team then disembarks from the Normandy and enters the station.

Warning: The very beginning of this segment before any fighting starts is the best time to make a manual save as it becomes impossible to manually save once the time pressure portion of the mission begins. The game will create autosaves at certain intervals as you progress, provided that autosaving is enabled. 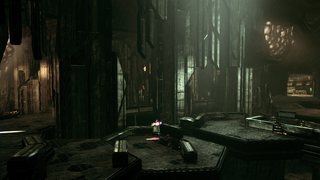 Note: At the start of all three major segments of the Collector Base mission including this one, your medi-gel and heavy weapon ammo are given a complete refill to 100% capacity.

The initial area is clear of Collectors but once you reach a fork in the road the Collectors swoop in, so take cover and prepare for a fight. Collectors fly in from the left open area, so if you're in a hurry just ignore their fire and take the right path. Your tech specialist moves through the thermal vent and later informs you that there are obstructions in the way preventing them from proceeding. These obstructions are valves which can be opened by pressing green buttons found throughout the level.

After removing the first obstruction, a bar will appear in the lower right of the screen showing how much time the specialist has. If the bar runs out then the mission ends in a critical mission failure as the specialist gets fried. On higher difficulties, it is hard to take the Collectors out fast enough to prevent a heat buildup, so on some occasions you may have to activate the gate controls while under fire. Having a shield-boosting power like Barrier or Fortification, can be a good asset in this situation. 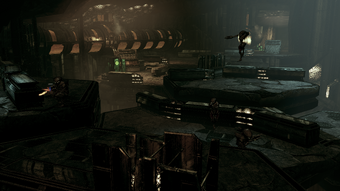 The next two valves are guarded by two sets of three Collectors, one of which will always be immediately possessed by Harbinger. Once you activate the fourth gate move fast and you will emerge onto more platforms. More Collectors will swoop in and attack. Take out the Collectors and move to activate the fifth gate. The sixth gate is down the hall and requires no fighting.

Tip: It may be worthwhile to leave this valve until you've killed a few more Collectors, since it will save time that you'll sorely need in the next area.

Note: Activating the sixth valve is also the last autosave of this mission segment.

There are three Collectors around the corner; eliminate them quickly while they are clustered, then climb into the final room. Caution: For some reason there appears to be some kind of invisible "barrier" that blocks powers right as you turn the corner to face the three Collectors. This barrier doesn't block weapon fire, only powers. Pushing past this "barrier" and getting right into the faces of the Collectors will let you hit them with powers but on higher difficulties this can be risky.

There are two gates, a time limit, and two waves of Collector Drones, Assassins and Harbinger between you and finishing this mission. The two heat exchangers are very near each other. If you are able to distract the enemies or suppress their fire well enough to simply run straight to the gate controls, do so. The Infiltrator with Tactical Cloak has an easy time of this.

Note: All of the gates must be opened in order for the specialist to proceed except for the final gate. Getting to the last gate and unlocking it triggers the end of the mission even if you never unlocked some of the preceding gates. 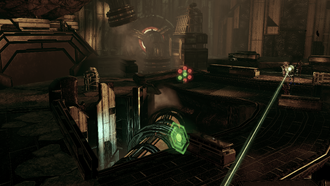 From the point of entry the seventh heat exchanger is right in front of you, with free cover to boot. The eighth and final heat exchanger can be accessed through two ways: from the seventh valve, left path and middle path. The middle path is exposed while the left has decent cover opportunities.

If you insist on taking all enemies out go right ahead as this isn't an infinite spawn scenario. If you are having problems taking out the Collectors then you can leave your specialist hanging until the last minute – take cover next to the seventh heat exchanger and keep shooting as long as the timer allows.

Once the final gate is open, regardless of any remaining enemies (or any other unopened gates) the mission ends.

The room you enter holds giant tubes and a disturbing secret.

Retrieved from "https://masseffect.fandom.com/wiki/Collector_Base:_Infiltration?oldid=520849"
Community content is available under CC-BY-SA unless otherwise noted.