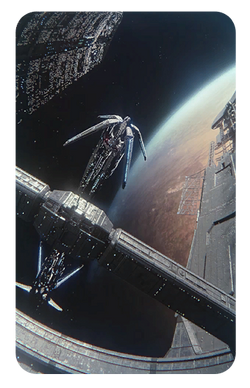 The militia's strike teams handle dangerous operations across the cluster. Speak with Kandros for authorization to participate.

Interact with the Strike Team terminal next to Tiran Kandros in the Militia Office on the Nexus to begin this mission.

Upon first activating the terminal, SAM tells Pathfinder Ryder that he does not have sufficient authorization to access that function. Speak with Kandros in person on the Nexus or via vidcon to gain the authorization required. 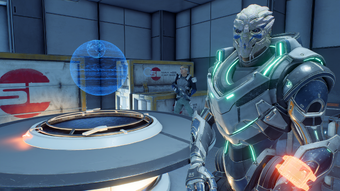 Use either the Strike Team terminal in the Nexus security office or onboard the Tempest to view available operations. This will complete the mission.

Note: It is not necessary to undertake any of the online multiplayer missions to complete the game storyline.

Retrieved from "https://masseffect.fandom.com/wiki/First_Strike?oldid=518325"
Community content is available under CC-BY-SA unless otherwise noted.