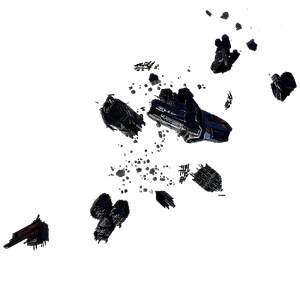 Close to the star, the Normandy's scanners can detect a nigh-uncountable number of geth statites--satellites that use solar sails to self-correct their position. The geth placed the ultra-lightweight constructions around the sun to collect energy, arranged in a vast array known as a Dyson bubble. Scattered among them are space stations and servers that draw power from the statites through wireless energy transfer.

Most of the space stations are wreckage now, and no small number of solar sails have also been destroyed. It appears the quarians began to destroy them but were stopped before the attack was complete.

Retrieved from "https://masseffect.fandom.com/wiki/Geth_Debris_Field?oldid=517340"
Community content is available under CC-BY-SA unless otherwise noted.