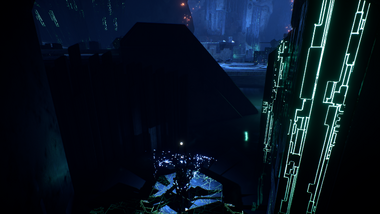 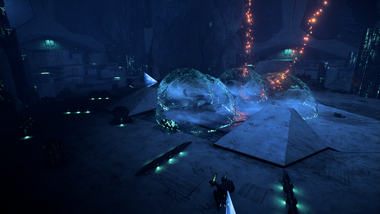 North from the western door there's a small container. South from the western door there's a semi-hidden area with a lootable container and a scannable Stratospheric Glyph on a pillar. Further east accessible by sprint-jumping, there's another small container. On the elevated dimly-lit area from the left-hand side of the console controlling the field bubbles (southwest going by absolute map directions), there's another console that opens a door on the northeast, across the ferrofluid. Going there can be done later for efficiency. 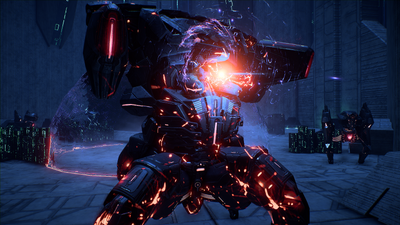 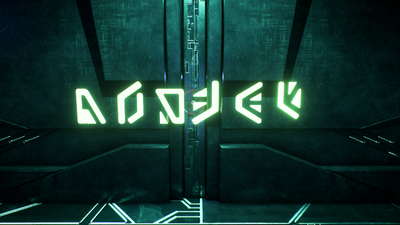 Getting to the Core of the Vault

Ryder has two options to get to the northeast and east area. One is by using the aforementioned console in the hexagonal platform. An effect of this is that during the escape Ryder will need to jump down on platforms in the ferrofluid to reach the exit. The other requires sprint-jumping from the elevated ledges in the south going southeast, close to the wall. Ryder will probably land in the ferrofluid, but quickly jumping out again to nearby higher ground should prevent further damage. 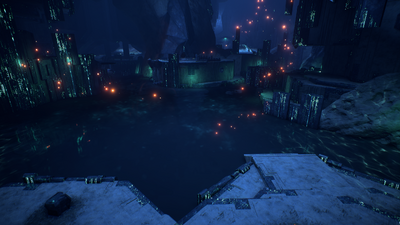 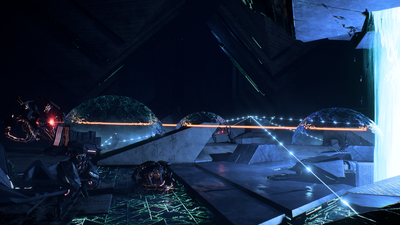 Escape The Purification Field And Exit The Vault

Retrieved from "https://masseffect.fandom.com/wiki/Healing_Kadara%27s_Heart?oldid=511469"
Community content is available under CC-BY-SA unless otherwise noted.