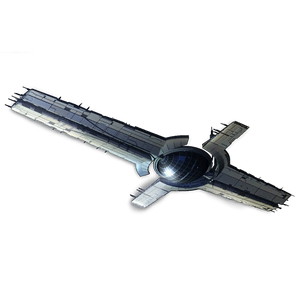 The stated mission of the Jon Grissom Academy, commissioned in 2176, is to "serve a student population demonstrating excellence and passion for math, science, and the liberal arts." Its entirely human student body ranges in age from the early teens to the mid-twenties. Although the fact is not heavily advertised, the institution also offers classes for students with biotic capability. The school's Ascension Project seeks to train these students and integrate them into normal society.

The Jon Grissom Academy, founded in 2176, is the Alliance's premier school for young human biotics. The institution is housed in a space station in orbit over the human colony of Elysium. Its main program, the Ascension Project, is designed both to train and monitor young biotics as well as help them integrate into society after graduation. Unlike the project's previous incarnation, Biotic Acclimation and Temperance Training, or BAaT, the training is not exclusively military in nature.

In 2183, the Academy's most prominent program is the Ascension Project, which helps biotic children reach their full potential.

Shepard can send David Archer to Grissom Academy after his brother, Dr. Gavin Archer, used him in an experiment to attempt to control the geth.

After the death of Alliance hero Jon Grissom, the station's namesake, a memorial plaque in his honor is erected in the Academy's mess hall.

Six months later, the Reaper-controlled Paul Grayson boards the station in an attempt to learn more about the ongoing Ascension Project. He disables or kills most of the station's personnel before David Anderson, Kahlee Sanders, and Kai Leng arrive and kill him. 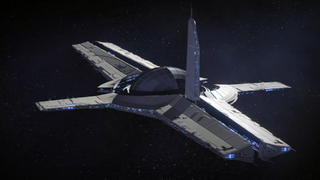 In 2186 during the Reaper invasion, though war would close most schools, fewer than twenty teachers and students stayed at Grissom Academy to train biotics and prototype technology for the Alliance. Unfortunately, the Academy is attacked by Cerberus forces seeking to capture the students. The attack goes unnoticed because Cerberus uses a turian military signal to broadcast that the station is being evacuated by turian ships. Specialist Traynor and EDI connect the signal to a similar one known to have been used by the Illusive Man to lure Commander Shepard to a Collector Cruiser.

If the Commander decides to travel there, upon arrival Jeff "Joker" Moreau uses the Normandy SR-2 to distract the Cerberus cruiser and fighters guarding the station while Shepard and the team board it. Shepard encounters Kahlee Sanders, who has barricaded herself in a security room, and goes on to rescue the station's remaining students. After the students are evacuated, Grissom Academy is abandoned. The Academy and nearby Elysium later fall to the Reapers.

If Shepard decides against going to the academy, the Cerberus kidnapping operation succeeds and the victims are subverted into working for the organization, like Jack if she survived the suicide mission.

Retrieved from "https://masseffect.fandom.com/wiki/Jon_Grissom_Academy?oldid=517333"
Community content is available under CC-BY-SA unless otherwise noted.