Mass Effect: Paragon Lost
Mason is a member of Delta Squad, a special forces unit of the Alliance deployed to Fehl Prime in 2185. He is a shuttle pilot and though talented at his job, is always talking about quitting it. Mason is a brave and tenacious marine. He is in relationship with one of his squadmates Kamille.

Mason's unit is deployed to Fehl Prime to stop an invasion by Blood Pack mercenaries. Mason pilots a Kodiak drop shuttle skilfully and pounds the Blood Pack positions from the air. Although he tries hard to evade incoming missile fire, the shuttle is hit and Mason is forced to make a crash landing.

Though shaken up after the jarring crash, his resolve doesn't wane and despite wearing light armor in comparison to the grunts, he joins the fight during the initial Alliance counterattack. He takes a hit to the shoulder and lays low for the remainder of the firefight, with acting CO James Vega nicknaming him 'flyboy' and ordering him to take care of the incapacitated Captain Toni.

The rest of the battle turns out in favor of the marines thanks to Vega's tactical decisions, and Mason recognizes after the fight that Lieutenant Vega deserves "a goddamn medal" for the victory.

Two years later, Fehl Prime is flourishing and new defense systems are being installed due to a spate of colony disappearances in the Terminus Systems. Mason is puzzled at the beefing up of colony defenses despite seeing no action for the last two years. In a relationship with Kamille himself, Mason also takes a keen interest in Vega's attraction towards Treeya, the asari anthropologist, sardonically commenting that everybody's crazy for some "blue". 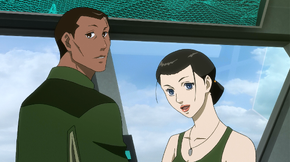 Captain Toni orders Delta Squad to investigate a jamming signal which is incidentally emitted by an artifact far out in the outskirts of the colony. Since the Alliance detachment's APC is down for a suspension overhaul, Mason drives the squad on a second-hand M35 Mako provided by Messner to the artifact's location.

While the squad investigates the artifact, Mason stays back on the Mako to cover them. The artifact is destroyed by Essex as it is deemed to be too disruptive due to its jamming properties. Mason gets out of the Mako and is present when Treeya contacts Liara T'Soni for her opinion regarding the destroyed artifact. A Collector ship shows up soon after and begins harvesting the population of Fehl Prime.

The squad decides to use the colony defense cannons to take down the Collector vessel. Vega orders Mason to sabotage the fuel depots to draw off the Collectors' attention. Mason completes his task and returns to support Milque, saving his life when a Collector trooper sneaks up on him. Together they try to stall the Collectors while Nicky charges up the cannons.

James, with Treeya's suggestion, decides to fire the cannon at half power to minimize collateral damage. This turns out to be the wrong move as the underpowered shot is deflected and the team is almost killed under heavy fire from the ship and the hostiles. Mason and Milque get onto one of the colony trams and fight their way through the Collectors, reaching the others at the entrance to an underground lab. Mason causes a cave-in by shooting at the ceiling above the entrance, sealing off the passage to the Collectors. 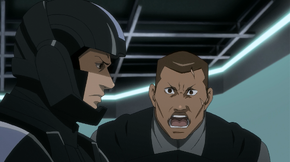 Mason then finds out about the loss of Kamille from Essex, who was partnered with Kamille at the time. Angry at Essex's inability to watch her back, the outburst is abruptly stalled with the arrival of seeker swarms and the squad retreats into the lab, with Essex covering their back.

Inside, Mason hears about Vega firing the guns at half power, and shifts his fury on him instead for directly causing the fiasco that claimed Kamille. James responds that he hasn't given up on Kamille or any of the other colonists yet, and once more stresses the importance of fighting smart and united. Mason cools down after this, albeit grudgingly.

Acting on a disturbance on the lab's lower levels, Mason accompanies Vega and Milque to its source, only to find out that the Blood Pack mercenary Brood is still on the colony being used as a guinea pig. Delta Squad decides to leave the krogan in his cage for the moment.

When Nicky finds the antidote to the venom keeping Essex in stasis, Mason poses the question of not knowing whether the antidote would kill the man. Seeing little choice on the matter and that Essex is one "stubborn bastard" according to Vega, the Lieutenant clears Treeya to administer the untested cure, to no immediate effect. 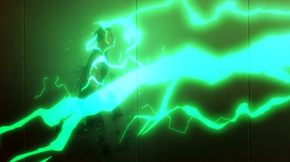 Another disturbance interrupts their ruminations and this time it's by the lab's door. Mason, Milque and James take positions in anticipation of attack. A Praetorian suddenly destroys the lab's entrance soon after and Kamille's head is seen among a mass of other skulls inside the Praetorian's head. Mason impulsively walks towards the creature, oblivious to its hostile intent and seeing only Kamille, and is incinerated by its particle beam for his trouble.

Retrieved from "https://masseffect.fandom.com/wiki/Mason?oldid=512834"
Community content is available under CC-BY-SA unless otherwise noted.