Start a Wiki
watch 01:50
Mass Effect Trailer
Do you like this video? 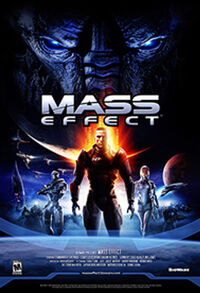 Changes from the Xbox 360 version Edit

It is your mission. As Commander Shepard of the SSV Normandy, you will take your elite recon squad across a galaxy in turmoil, in a desperate race to stop the return of an enemy without mercy. To stop this enemy, you must act without remorse, without hesitation, and outside the limits of the law. Your only imperative is to preserve the safety of civilized life in the galaxy - at any cost. You must become the tip of the spear of humanity, for you alone know the full extent of what is at stake if you should fail.

The world of Mass Effect Edit

A Race Against Time Edit

As players progress, they can earn experience points by defeating enemies and completing missions, assignments, and mini-games. When enough experience is accumulated, the player is promoted to the next level and rewarded with points to spend on unlocking and improving talents. The level cap is locked at 50 until the game is completed for the first time, after which it is elevated to 60. Achieving the level cap requires multiple playthroughs, but higher levels grant access to more powerful weapons and armor.

Ex-Marvel CEO Avi Arad recently obtained the rights to create a film adaptation of the game. It is reported that the movie is now in the early stages of development and will be produced by Legendary Pictures, Warner Bros. with Casey Hudson, Ray Muzyka, and Greg Zeschuck of BioWare serving as executive producers.

Retrieved from "https://masseffect.fandom.com/wiki/Mass_Effect?oldid=520696"
Community content is available under CC-BY-SA unless otherwise noted.