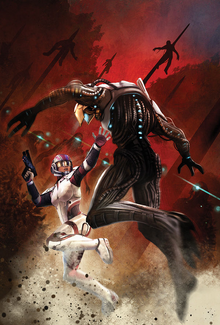 The loss of the human colony Eden Prime was the first in a series of catastrophes to mark the return of the Reapers—a race of sentient AI that would threaten all life in the galaxy. Now, in her own words, Gunnery Chief Ashley Williams reveals what she saw.[1]

Retrieved from "https://masseffect.fandom.com/wiki/Mass_Effect:_Foundation_3?oldid=417719"
Community content is available under CC-BY-SA unless otherwise noted.