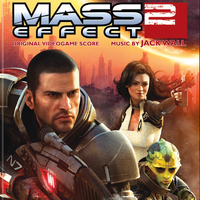 Mass Effect 2 Original Videogame Score was released on January 18, 2010 and is the main soundtrack for the Mass Effect 2 video game.

In May 2021, BioWare released this soundtrack in a free bonus content download, also featuring items from Deluxe versions of Mass Effect 2 and Mass Effect 3. It is only available until July 31, 2021 or until download limit is reached. It consists of all the listed songs below, with track numbers adjusted to account for the inclusion of Mass Effect Original Soundtrack and Mass Effect 3 Soundtrack. 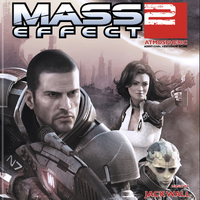 On September 8, 2010, EA released Mass Effect 2: Atmospheric. It is a smaller soundtrack of ambient and atmospheric music from Mass Effect 2 that were missing from the original soundtrack. It is available through iTunes, Amazon and Rhapsody. 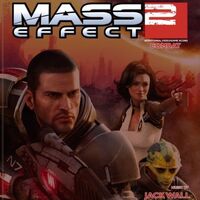 On October 5, 2010, EA released a second companion album to the Mass Effect 2 Original Videogame Score titled Mass Effect 2: Combat. It features mostly action and combat cues that were missing from the original score, however it does feature music from some cutscenes, most notably the ending. It is available through Amazon, iTunes, and Rhapsody.

On November 30, 2010, the first score from Mass Effect 2 downloadable content was released, showcasing music from Kasumi - Stolen Memory. This score was composed by Sascha Dikiciyan and Cris Velasco. 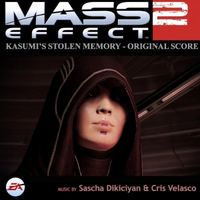 On December 14, 2010, the score for the Mass Effect 2 DLC pack Overlord was released. The score was composed by Christopher Lennertz. 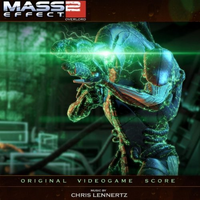 On December 14, 2010, the score for the Mass Effect 2 DLC pack Lair of the Shadow Broker was released. The score was composed by Christopher Lennertz. 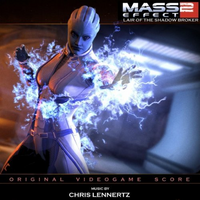 The Soundtrack for Arrival is unreleased for download but can be streamed, and was composed by Sascha Dikiciyan and Cris Velasco

Several tracks featured in the game that are not included on the official soundtrack are the tracks that play in the various clubs and bars found in the game, these include:

These tracks were not created specifically for Mass Effect 2, but rather for other Electronic Arts titles such as Total Club Manager 2004[1] and Need for Speed: High Stakes[2]. However, some of these songs never actually made it to their respective games, being scrapped in favour of other tracks[3].