Start a Wiki
watch 02:38
The Loop (Games)
Do you like this video?
This article or section is a stub. You can help Mass Effect Wiki by expanding it. 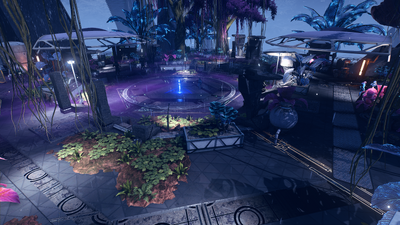 Mithrava - meaning "sanctuary" - is a settlement of secluded angaran sages constructed on top of a Remnant tower. It is presently led by First Sage Esmus.

Four families led by three people established Mithrava in an attempt to preserve their core beliefs. Jephro, the Founder believed that strife in the aftermath of the Scourge disrupted angaran remembrance of the past, and led likeminded followers away from the others. Maraan, our Shelter was able to use her Remnant knowledge to find her people a home in the tower. Selav, who Remembers decreed that every 50 years the Mithravans would reach out to Aya to renew their knowledge of the outside.

To the angara at large, Mithrava's inhabitants are considered a superstitious and disinterested lot who deem their own oral histories untainted by modern thought. The angara are generally wary of outsiders, and the sages are even more cautious than their kin. They rarely leave Mithrava, they barely speak in the few instances they need to trade, and those of them who can manipulate Remnant technology enacted security measures to protect their sanctuary. Mithravans who grow dissatisfied with their beliefs are allowed to leave, although reconnecting with loved ones left behind may prove to be difficult due to the self-imposed isolation.

The sages maintain equipment that deal with comparing their archives and genealogies with external records. If deemed similar, the records are accepted into their canon.

Pathfinder Ryder's method of reaching Mithrava involves a gravity well that transports people into the settlement center. Modern equipment and plants adorn the tower top, in between statues of the founders. There is space for a Forward Station deployment on the west end of the platform.

Mithrava's vantage point affords a bird's eye view of the surrounding area, and it is high enough that manta flocks can be seen there up close.

Retrieved from "https://masseffect.fandom.com/wiki/Mithrava?oldid=522139"
Community content is available under CC-BY-SA unless otherwise noted.