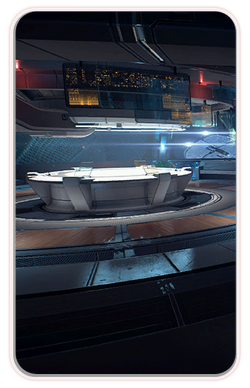 With Liam's plans for movie night almost complete, Lexi suggests asari liquor from the Nexus would make the evening better.

After dealing with Khi Tasira and the earlier movie night requests, speak with Lexi T'Perro on the Tempest.

Purchase Akantha from the General Merchant on the Nexus for 10

Return the asari liquor to Lexi on the Tempest Edit

Return to the Tempest and hand over the Akantha to Lexi.

After completion of this mission, Movie Night: The Final Piece starts.

Retrieved from "https://masseffect.fandom.com/wiki/Movie_Night:_Raise_a_Glass?oldid=515295"
Community content is available under CC-BY-SA unless otherwise noted.