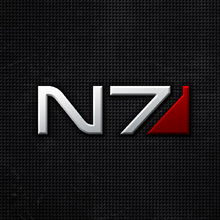 The Interplanetary Combatives Academy, sometimes called "N-School" or "the villa," recruits officers from every branch of Earth's militaries to partake in grueling courses at Vila Militar in Rio de Janeiro. The trainees undergo brutal courses, content varied depending on how many times they have trained at the school.

If this is their first time at the school, trainees participate in scenarios experienced by the elite units of most land-based armies; a typical candidate may be in training more than 20 hours a day, leading small units into combat over hostile terrain with little sleep or food. Trainees who do well are awarded an internal designation of N1 and are invited to return. Those who return to the school focus on their combat class.

The highest grade of training, N6, provides actual combat experience in conflict zones throughout the galaxy. From day one, invitees are given basic gear, then separated and stranded on an asteroid with no nav data. The test ends when the last person runs out of oxygen. The first few are out of the program. If the trainee survives these scenarios in "admirable and effective fashion," they finally receive the coveted N7 designation. N7 is the only ICT designation that may be worn on field or dress uniforms.

Before the events of the Reaper War, the N7 graduation ceremony was held at Arcturus Station. With the station's subsequent destruction, new members are inducted practically on the battlefield.

ICT qualification by itself does not guarantee higher rank, although those officers who are able to complete the program are typically well-suited to senior leadership positions. In some cases, a given force will form a special operations regiment made of ICT-qualified soldiers to deal with a specific problem.

Former N7 Alec Ryder of the Andromeda Initiative has his own custom N7 armor that can be refitted and customized further for his offspring's use.

Several N7-branded weapons developed by the Systems Alliance see widespread use by 2186. Some of these weapons - along with the capability to manufacture more - are even brought along by the Andromeda Initiative to their new home in the eponymous galaxy.