N7 Armor is Commander Shepard's default armor set in Mass Effect 2 and Mass Effect 3. This armor is designed to augment tech, biotic and weapons damage as well as provide additional health and shield strength. However, the N7 Armor is also designed to be modular and can be customized with a variety of chestpieces, gauntlets, pauldrons, helmets and leg pieces can be swapped in or out.

Prologue: Awakening
In Mass Effect 2, the N7 Armor is the first armor set made available to the player. It is obtained in the mission Prologue: Awakening, where the N7 Armor worn by Commander Shepard during Prologue: Save Joker and before Prologue: Awakening is the heavy model of Mass Effect. The armor has undergone some minor aesthetic changes, most notably a new helmet, a new right arm with a supplementary shoulder on the right clavicle, and a grainy aspect compared to the smooth aspect of the previous game. Although the armor is modular, until the player obtains additional armor parts, it can only be customized cosmetically rather than functionally.

The N7 Armor can be customized by swapping out pieces of the set for pieces purchased from merchants, or made available as downloadable content, in the armor locker aboard the Normandy SR-2.

Priority: Mars
In Mass Effect 3, the N7 Armor is again the first armor set made available to the player. It is obtained in the mission Priority: Mars. Once more, the new N7 Armor has undergone some minor aesthetic changes, most notably: angled shoulder pieces, a new belt, a new right bracer. Many armor pieces have also regained their metallic or matte finish seen in Mass Effect, compared to the mostly carbon fiber finish of Mass Effect 2. Like its Mass Effect 2 counterpart, the armor is still customizable and possesses different attributes, with all N7 pieces giving a health bonus.

The N7 Armor can be customized by swapping out pieces of the set for pieces purchased from merchants, found in the battlefield, or made available as downloadable content, in the armor locker aboard the Normandy SR-2.

N7 Armor is a four-piece set of armor in Mass Effect: Andromeda.

Back in the Milky Way, top combatants in the Systems Alliance military were given an N7 designation. N7 Armor was designed with ablative ceramic plating and kinetic padding to provide most of the hardsuits protection, while sophisticated VIs regulate the user's omni-tool and biotic amps. This particular suit was worn by your father Alec Ryder, who customized it for biotic specialization. It has since been refitted for your personal needs.

Ranks I - X are named N7 when the four armor pieces are crafted or found in-game.


Note: There are no differences between the crafted versions compared to the found versions. 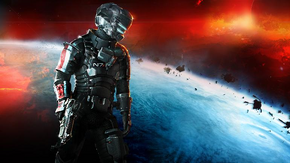