For a full walkthrough of the suicide mission, see Suicide Mission. 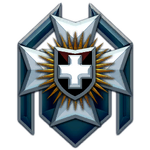 To accomplish this, you'll need to have purchased the Normandy weapon, armor, and shield upgrades from Garrus, Jacob and Tali respectively; for every upgrade you do not purchase, a squad member will die during the approach to the Collector base. You will also need to assign the right people to the right specialist roles to ensure their and other squad mates survival. Also, every squad member, those in your squad in addition to those holding the Collectors at bay, must be loyal or they will most likely die (it is possible for a squad member who is not loyal to survive, as long as they are not selected to lead the Fire Squad or be in Shepard's team throughout the mission). At the end of the mission, if the "combat strength" of the team left behind to hold the door is limited (for example, soldiers such as Grunt or Zaeed Massani are considered as strong characters), a weak character such as Mordin Solus can die, even if he is loyal. The only way to subvert this, is to either take him along with you or send him back as the escort (if he is loyal).

This achievement also requires you to save whatever Normandy crew members are still alive — although this achievement can be obtained even if all of the Normandy crew has perished at the hands of the Collectors except Dr. Chakwas. A loyal escort must therefore be assigned to the crew to ensure that they return to the ship safely. It is possible to get this achievement without assigning an escort, even though the crew members die. It is unclear whether this is conditional upon Dr. Chakwas and Yeoman Chambers having survived up to that point.

The achievement is awarded after Shepard speaks with The Illusive Man at the end of the mission to build suspense since deaths in your team are implied during conversation, even if no one linked to the achievement dies.

Retrieved from "https://masseffect.fandom.com/wiki/No_One_Left_Behind_Achievement_Guide?oldid=482127"
Community content is available under CC-BY-SA unless otherwise noted.