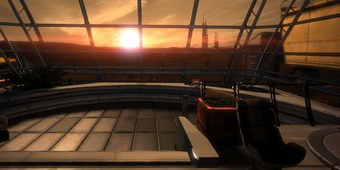 Travel to the Phoenix system in the Argos Rho cluster. Explore your new home on the planet Intai'sei.

You will receive this assignment after completing Ahern's special scenario on Pinnacle Station. 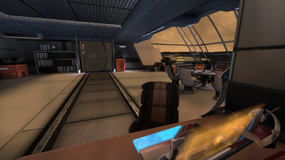 Often the items granted from the assignment differ greatly from their cost at other merchants, sometimes more and other times significantly less. These purchases are not dependent on character levels, and present the possible acquisition of powerful items early in the game. Repeatedly ordering items from the MSV Wallace appears to be one of the faster ways to acquire a number of rare and valuable items; the best Bio-amps and Omni-tools, the best Quarian Armor, the rather intriguing krogan Rage Armor from the Geth Armory, and perhaps most usefully of all, the entire set of Spectre - Master Gear - at a fraction of their cost from other vendors.

Also, repeatedly ordering items from the MSV Collins is a good way to build a stockpile of cheap items to convert into Omni-gel, especially later in the game when all items acquired are worth 10,000 credits or more.

To ensure that you get the items you want it may be a good idea to save before buying something then save again after the item is bought and arrives, so if you end up with an unwanted item all you have to do is load the previous save and buy another item.

Items received are chosen randomly from the following lists.

Retrieved from "https://masseffect.fandom.com/wiki/Pinnacle_Station:_Convoy?oldid=500708"
Community content is available under CC-BY-SA unless otherwise noted.