Pistols refers to both a type of weapon and the talent that gives proficiency in them. Pistols are close- and mid-range weapons designed for a variety of situations, particularly shooting on the move. They lack the automatic fire of assault rifles, and do less damage compared to shotguns or sniper rifles.

This talent is available to all classes except Sentinels, who get bonuses to pistol proficiency from their class skill, Asari Scientist, who has no weapon talents whatsoever, and Krogan Battlemaster and Turian Agent, which instead use assault rifles as their "basic" weapon.

However, even with a low number of points or none whatsoever, pistols are significantly more accurate than any of the other weapons. For this reason they are generally reserved as backup weapons for biotic and tech specialists as their main skills recharge. Moreover their high accuracy, particularly in the early levels, should not be overlooked by Soldiers as an alternative to assault rifles, especially if the Shotgun talent is going to gain investment much later in the game.

Pistols have a rate of fire of 4 shots per second. When Master Marksman is active, they will out-perform assault rifles of the same rank.

For the Marksman power in Mass Effect 3, see Marksman.

Marksman is a talent gained from the Pistols skill tree. It improves the weapon's fire rate and accuracy, as well as reducing overheating. A Sentinel Shepard can unlock Marksman through the class talent, but this is only the basic rank of the ability and can't be improved to either Advanced or Master Marksman.

Note: Switching weapons, changing the equipped pistol to a different model, or modifying any upgrades currently installed on the pistol, will immediately cancel Marksman if it was active. This applies to all similar weapon talents in Mass Effect, for both Shepard and squadmates.

For the Marksman power in Mass Effect 3, see Marksman.

Marksman in Legendary Edition works somewhat differently from the original game. It purges all residual weapon heat on activation, has a fixed 6 second duration, and instead of boosting firing rate it increases both base damage and headshot damage (headshots are not possible in the original Mass Effect).

Level 12: Assassin Specialization: Reduces the recharge time on Assassination and Marksman by 25%.

The Sentinel, Asari Scientist and Turian Agent classes can also use pistols, but do not have access to the specific Pistols talent. The Sentinel class talent provides smaller bonuses to pistol accuracy and damage, and at level 6 provides the first level of Marksman (for Shepard, though not for Kaidan).

The Judgement pistols can only be acquired through console commands.

The Harpy pistols can only be acquired through console commands.

The Cobra pistols can only be acquired through console commands.

The Pinnacle pistols can only be acquired through console commands.

The HMWP Basic Pistol can only be acquired through console commands.

The HMWP Advanced Pistol can only be acquired through console commands.

Only The HMWP Master Pistol VII and X sophistication level can be found in-game. The rest can be acquired through console commands. 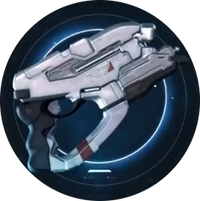 A mixture of "hand cannons" and submachine guns (SMGs), pistols are generally the lightest weapons on the battlefield. This light weight allows more frequent use of powers. Single-shot pistols tend to be more effective against armor than SMGs but require careful aim.

In Mass Effect: Andromeda, Pistols and Submachine Guns (SMGs) were combined into a single Pistols category. 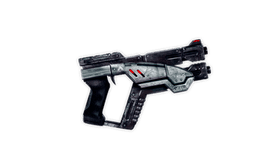 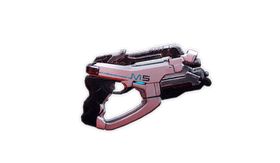 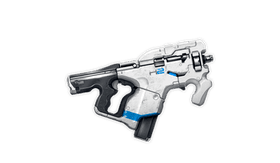 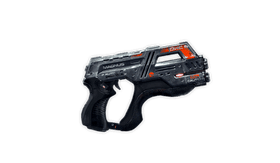 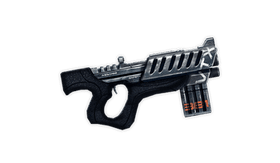 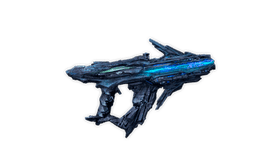 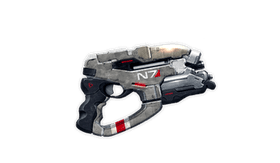 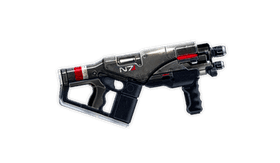 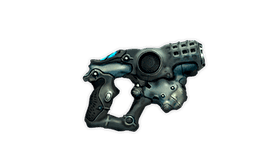 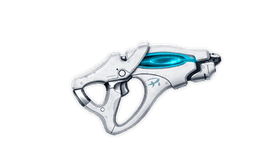 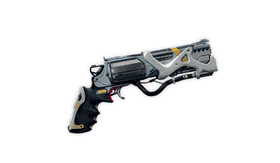 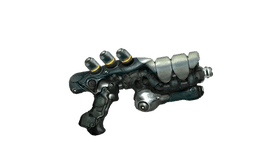 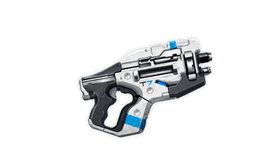 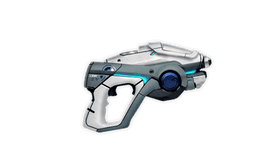 Pistols can be customized by two different methods in Mass Effect: Andromeda.

Augmentations are semi-permanent customizations to crafted weapons or armor in Mass Effect: Andromeda. When a weapon is created during Development (crafting), hexagonal-shaped sockets are available to add augmentations to the weapon. These augmentations cannot be changed like weapon Mods and stay part of that weapon until it is deconstructed.