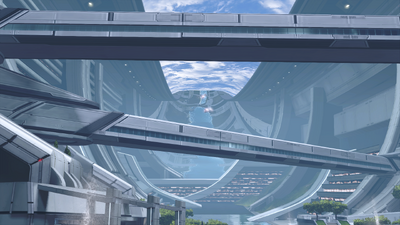 The interior of the Presidium is landscaped to resemble a lush parkland on a 'G' type planet (using the Systems Alliance's Morgan-Keenan classification system). No detail was overlooked, boasting a large freshwater lake, verdant fields of grass, trees, and clouds, as well as artificial sunlight and gentle breezes. The Presidium goes through a brief day-night cycle, allowing six hours of darkness during which the 'sky' is darkened. The lakes on the Presidium act as reservoirs, independent from the water storage tanks in the wards. The water is purified to prevent bacteria from one species infecting another, due to the difference of amino acid structures that could prove fatal if ingested.

The buildings are built along the curving walls of the ring, and were meant to blend in unobtrusively with the surroundings. Located in the very heart of all this is the immense Citadel Tower, where the Citadel Council itself meets and holds audience with ambassadors from the various governments. 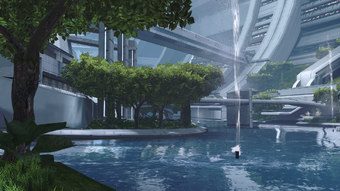 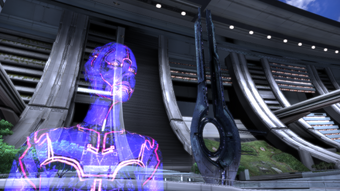