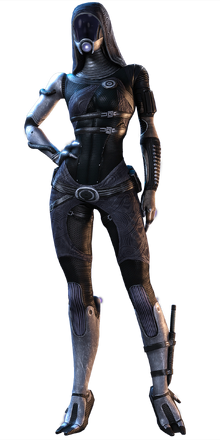 Quarian Machinist is a non-playable class, similar to Engineer. Compared to the Engineer, the class forgoes Medicine (and Neural Shock by extension) and instead has access to Shotguns.

Though young, Tali is a true genius when it comes to dealing with mechanical or electronic equipment.

Quarian Machinist is a passive class power in Mass Effect 2.

Choose to evolve the power into one of the following: