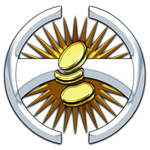 The Rich Achievement in Mass Effect is gained after exceeding 1,000,000 credits at any one time. If you want to get Rich during your first playthrough, a good rule of thumb is to avoid spending money at merchants, since plenty of quality equipment is available by looting, until the achievement's requirement is met.

Getting the Rich Achievement is relatively straightforward. The "tier" of an item determines its price. The tier of gear you find is determined by your character's level. Always have someone on your team with Decryption and Electronics. Do the minigame to open each container you find. Return to the Citadel, and finish all assignments available before progressing in the main storyline. Repeat this after finishing each of the four missions.

Whenever you approach the 150 item cap, find a merchant and sell off all the lower tier items, and any items you are not using (as there is no reason to carry around armor / weapons / upgrades you are not using anyway). This method allows a quick accrual of credits.

Accumulate your omni-gel earlier rather than later--instead of selling your surplus left over from Eden Prime, convert them into omni-gel as these items will only sell for negligible amounts anyway. With conservative play this supply should last you the rest of the game without any further conversions. At any rate, try to do all your omni-gel conversions before tier 3 items. This is much more cost effective than converting far more expensive items later on.

In the event that you are in the middle of a mission and are running out of inventory space, you can effectively increase the 150 item cap considerably and avoid unnecessary omni-gel conversions by equipping unused mods on unused items, which you can unload again later before selling off. Since you will be selling everything you pick up that you don't use after tier 2 or 3, you'll be generating quite a lot of cash just from selling items, especially after you hit tier 5.

This method could be construed as cheating, but completing Citadel: Doctor Michel, opens the opportunity for you to earn an unlimited number of credits. Once Dr. Chloe Michel is safe, she will give you a better deal on the items she sells. Whether it is a bug or by design, this "better deal" extends to items that you sell to her, meaning that she'll buy equipment from you at a much higher price than other vendors.

To profit from this, simply sell her everything you can. You can then travel to another merchant on the Citadel, or even to the Requisitions Officer on the Normandy, and buy the last twenty items you sold for less than you sold them. You can then return to Dr. Michel and sell the items again, each time earning a profit.

While the amount you earn may be small at first, as you begin to sell the more expensive items, the profits increase dramatically. As your surplus cash increases, consider buying some of the higher-priced items from the other vendors on the Citadel. You'll lose money on the first round of trading, but ultimately you'll be making more money on each round with the more expensive items, which more than recoups the cost in the long run.

If you are uncomfortable with this degree of "cheating", it's still worth remembering that selling your items to Doctor Michel will always result in a greater profit than if you sell them to any other vendor. A good middle-ground might be simply to return to the Citadel whenever you are reaching the 150 item cap and selling all your excess to Dr. Michel. This will result in the greatest profit without resorting to any kind of arbitrage (or indeed "cheating".)

There is a bug with the carry-over system for your character on both the PC and Xbox 360 versions, which duplicates any and all items in the current character's equipment screen. Before finish the endgame, equip the most expensive weapons, mods, armor and upgrades you have. Now, when you start the game again, use the "select an existing profile" option, and use your previous character.

When the game starts, you character will be wearing the items from the previous run-through of the game, but upon opening up the equipment screen, there will be duplicate items of the equipped ones, including installed mods. Simply sell these items, and you gain, in essence, "free" money.

Retrieved from "https://masseffect.fandom.com/wiki/Rich_Achievement_Guide?oldid=519887"
Community content is available under CC-BY-SA unless otherwise noted.