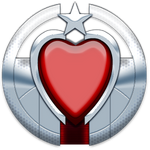 Commander Shepard has the option to pursue heterosexual romantic involvement with a human squad member — male Shepard with Ashley Williams, female Shepard with Kaidan Alenko — or xenophilic romance for either gender with the asari squad member, Liara T'Soni. Regardless of gender, Shepard can also have a sexual encounter with Sha'ira, an asari consort. At some point in the game's development, it was also possible for a female Shepard to romance Ashley Williams or a male Shepard to romance Kaidan Alenko. This was later removed, although the voiced conversations for them remain in the game.[1][2]

If Shepard helps the asari consort Sha'ira to stop Septimus from spreading lies and subsequently proving her innocence to Xeltan, Sha'ira will offer a reward of words upon returning to the Consort's Chambers, "an affirmation of who you are and who you will become". If the Commander expresses dissatisfaction with the offered reward, Sha'ira will initiate a sexual encounter with Shepard. However, pursuing this action will not grant the Paramour Achievement.

The inclusion of a sex scene in Mass Effect led to some controversy and inaccurate rumours of the game being pornographic in nature. These rumours have since been quelled. An additional message that can be found in Asteroid X57's pirate radio shack (in the PC version of Bring Down the Sky) may be a "response" to this controversy.

Mass Effect was banned in Singapore for a short time before it was lifted with an M18 rating. Censors in the country said that a scene with an alien and human female caressing was the main reason why the game was not allowed to be sold in Singaporean video game stores. 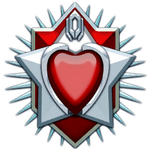 If an imported Shepard has a love interest from the original Mass Effect, then that relationship will continue into Mass Effect 2, even though the love interest will be unable to join Shepard's squad. The conditions for importing a love interest, however, are seemingly arbitrary as consummation is not necessary, and apparent rejection of a love interest may not prevent it. It is not possible to break up with a romance interest that has carried over. If a romance interest is carried over, a picture of Shepard's romantic interest from the original Mass Effect is visible on the desk in the Commander's quarters near the private terminal. While there are no romantic plots or interactions available with Shepard's original love interest, should Shepard stay loyal to that character, they briefly exchange either a kiss or an embrace when reunited, and a short cutscene takes place en-route to the final mission, in which Shepard stares deeply while smiling at the picture.

The options above are considered the main romance interests, capable of granting the Paramour achievement if a relationship has been established. However, both male and female Shepard may also have romantic interactions with the following characters, which do not prevent the romancing of the main romance options but will not be rewarded with the Paramour Achievement.

Romances are built through conversing repeatedly and answering favorably when the subject is raised. Both male and female Shepard will have identical dialogue when first meeting their crew members. New dialogue options only become available when missions or assignments are completed. However, once a crew member's loyalty mission becomes available, the new dialogue options will be unavailable until the mission has been completed.

Eventually, gender-specific dialogue options will give the opportunity to express interest in a squad member, eventually ending in a sort of romance-zenith where no new dialogues are available despite completing missions.

For a male Shepard, a love interest is "locked in" once you express interest at the following dialogue points:

At this point you know that Shepard has successfully 'locked in' that romance. Shepard can still express an interest in other crew members. However, the new love interest will 'challenge' Shepard's love-triangle and force Shepard to dump the 'locked-in' option in order to be with them. Once a potential relation is at the 'challenge' part, there is no way to express disinterest in them no matter what Shepard choose. However, if Shepard dumps someone who is 'locked in', that romance option will never be available. A romance scene with the 'locked-in' character will be shown when the Normandy SR-2 proceeds through the Omega 4 Relay.

Another way to permanently terminate a romance with Jack or Miranda is to complete both their loyalty missions without having enough Paragon points or Renegade points to avoid siding with one or the other of them. As mentioned in both Jack: Subject Zero and Miranda: The Prodigal, while their loyalty can be regained, their romance potential cannot. Therefore, if you wish to keep your existing romance (or even just a future potential for one), in addition to the loyalty of both squad members, it is recommended that you hold off on completing both missions until you have a high Paragon or Renegade point count.

Although it is possible to have a sexual encounter with Jack before this, it does not count as a full romance. It will also preclude Shepard from having a proper romance with her. This choice comes relatively early, at the third on-ship conversation with her, right after being able to ask about her tattoos.

If Shepard and the love interest survive the suicide mission, it is possible to invite him or her up to the Captain's quarters to either sit with them on the couch, or lie with them on the bed.

Whether by design or by mistake, if Shepard has one person 'locked in' and are at the 'challenge' stage with any of the other possible subjects prior to entering the Omega 4 Relay, Shepard has the option of dumping the 'locked in' subject after completing the finale, provided that Shepard survives. Doing so will allow Shepard to court one of the other subjects and the intimate scene normally seen before proceeding through the Omega 4 Relay will instead play as soon as the dialogue ends. It is thus possible to experience all three partners and their respective scenes this way. However, once a partner is 'dumped', they cannot be courted again. It is currently unknown how this will affect your save game and therefore affect the events of Mass Effect 3.

Lair of the Shadow Broker

Players who romanced Liara in Mass Effect can continue the relationship in the Lair of the Shadow Broker DLC pack for Mass Effect 2. During the mission, if Shepard has cheated on Liara, she will reveal that she is aware of the other relationship. At the conclusion of the mission Shepard can either end the relationship with Liara, and Liara and Shepard remain friends, or the relationship can be reaffirmed. Even if the latter route is taken, Mass Effect 2 love interests can still be called up to Shepard's cabin afterward and relationships with them appear unaffected. If Shepard did not romance other characters, Shepard will instead look at the picture of Liara sitting on the Commander's desk. This will not unlock the Paramour achievement. 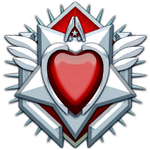 There are 10 potential love interests in Mass Effect 3.[5] Love interests from the previous two games will return; some romances can be started anew, and some can only happen if a save is imported and the romance is rekindled. New love interests include Alliance News Network war correspondent Diana Allers, Specialist Samantha Traynor and Lieutenant Steve Cortez. [6][7][8] Some characters are available for both genders, others are exclusively heterosexual options, while two are exclusively same-sex options (one for each gender).[9]

With the exception of Diana Allers, each of the following listed love interests will unlock the "Paramour" achievement. Importing a save file which includes a relationship with Thane from Mass Effect 2 will also not unlock the "Paramour" achievement; the romance does not continue as a result of the conclusion of his subplot, although the player has the choice to spend "private" time with him at the Citadel hospital. A romantic relationship with Jacob Taylor will also not be continued if imported[10], but there will be closure during the events of Mass Effect 3.

Romances in Mass Effect 3 are much more straight-forward than in the previous titles. Shepard is free to answer favorably to one or more love interests at a time, up until a "locked-in" dialog choice is presented at a specific location. Should Shepard choose to answer favorably at that time, the dialog options for other love interests will change. Sometimes Shepard can carefully time dialogs to bring about multiple liaisons, particularly with non-squadmate characters such as Kelly Chambers and Diana Allers, but two-timing with squadmates is not usually possible.

There are no penalties in expressing or reaffirming interest in multiple former romance options. For example, a male Shepard can answer favorably towards both Liara and Tali'Zorah based on romances imported from Mass Effect and Mass Effect 2 respectively, and still end up choosing Ashley, provided no other had been "locked-in" yet.

The last opportunity to choose a romance option is before the assault on the Illusive Man's base - although keep in mind some rekindled Mass Effect 2 romances have to be "locked-in" far earlier. Once docked with Cronos Station, an intimate scene will play out in Shepard's quarters with the given romantic interest. There will also be a slightly longer dialogue between the two before the last set of battles on Earth.

Mass Effect 3: Extended Cut adds a further romance interaction moment during the final mission. If Shepard's romance partner is in the squad during the run to the Conduit, Shepard calls for the Normandy to pick the squad up after being wounded by shrapnel from an exploding tank. They share a short goodbye before the Normandy evacuates. If Effective Military Strength is too low, the squad will be killed by Harbinger.

In Mass Effect 3: Citadel, it is possible to pursue romances with characters that you cannot romance in the main game. If a female Shepard is unromanced and has a high enough friendship with either James Vega[11] or Javik[12], it is possible to have a one night stand with one of them after Citadel: Party. Neither will unlock the Paramour achievement.

Retrieved from "https://masseffect.fandom.com/wiki/Romance?oldid=414560"
Community content is available under CC-BY-SA unless otherwise noted.