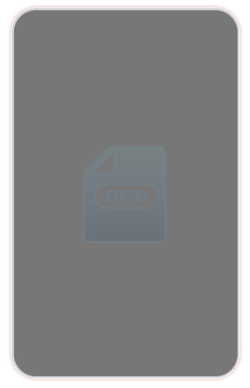 A terminal holding important krogan research from the famous Dr. Okeer was accidentally sold to a junker. Dr. Ganar doesn't need the terminal, but insists that the data is important to the future of the krogan species.

Just inside the gates of the New Tuchanka colony, the Krogan Geneticist, flagged with a

marker, is talking to his assistant about how terrible it would be if Dr. Okeer's research was lost. Talk to him to acquire the mission.

Note: If you choose the "Do your own research" conversation option, the mission will be rejected instead.

The geneticist and his assistant tell Pathfinder Ryder that Dr. Okeer was a great expert on krogan physiology and the genophage. A terminal containing all of his research was accidentally sold to a junker. While it's encrypted, the data would be bad in the wrong hands. The Geneticist gives Ryder a navpoint

in the Languish region (west-southwest of New Tuchanka).

Go to the navpoint provided by Dr. Ganar Edit

The navpoint leads to valley with a deserted base surrounded by a ring of large vehicles. Inside the center of the base, where the terminal is located, temperatures will be normal so life support is not a concern.

Hack the terminal to retrieve the research Edit

On interfacing with the marked Console

, a countdown timer will start and a white circle will be placed on the ground. Ryder has to stay inside the white circle for the hack to continue.

Hostile shuttles will now begin to fly in and drop off enemies. Each shuttle has one Sharpshooter and three Raiders. You should be quick with killing the enemies from a shuttle in question because additional shuttles will approach one at a time spaced over time dropping off more enemies. Four total shuttles will arrive.

Once the hack is complete, the next objective is added whether the enemies have been killed or not.

You can choose to kill the remaining enemies or head back to New Tuchanka.

Return the research to Dr. Ganar in New Tuchanka Edit

Despite the objective saying to return to Dr. Ganar, return to New Tuchanka and speak to the Krogan Geneticist to conclude the mission.

Ryder will receive an email from SAM after the mission:

Retrieved from "https://masseffect.fandom.com/wiki/Save_Dr._Okeer%27s_Krogan_Research?oldid=515647"
Community content is available under CC-BY-SA unless otherwise noted.