The Sentinel class combines both tech expertise and an aptitude for biotics. They are able to equip both biotic amp and omni-tool models specialized for combat. Kaidan Alenko is an L2 Sentinel.

Sentinels are support-oriented characters, possessing biotic and tech abilities that allow them to bypass locks and security systems, disable and control enemies, or heal the party. They are moderately proficient with pistols but have only average skill with other weapons. The Sentinel has fairly durable shields, with access to many shield-increasing talents including the biotic Barrier. However, being the only playable class not to possess an armor talent, the Sentinel does not have access to the Shield Boost ability, nor can it wear heavier types of body armor, leaving it somewhat vulnerable to damage that kinetic barriers do not block.

The Sentinel's class talent reduces the cooldown time on its abilities and grants small amounts of pistol accuracy and damage, culminating in the Marksman combat ability (Commander Shepard only). However, unlike other classes that can train with pistols, a Sentinel Shepard is unable to reach the higher Advanced or Master levels of Marksman. A Sentinel Shepard can further specialize into Bastion or Medic giving them access to levels 7 - 12 of the class talent (see below).

Special training allows Sentinels to use tech and biotics more efficiently than other classes. 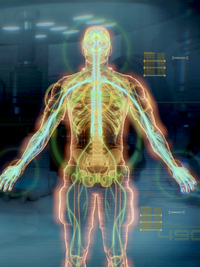 Sentinels are unique, bringing both tech and biotic abilities to the battlefield. While they lack the focus of adepts and engineers, they are versatile and can handle any situation. Sentinels are equipped with the most advanced ablation armor system to keep themselves safe. If overloaded, the system will stun all enemies within a short distance. This advanced shield causes the sentinel to be like a "Juggernaut" so to speak, making it less necessary to take cover, and rushing your enemies much more productive.

Sentinels are unique, bringing both tech and biotic abilities to the battlefield. In addition to complete weapons training, Sentinels are equipped with an advanced shield that makes taking cover much less necessary and rushing their enemies much more productive. This armor system can also be detonated to blast nearby enemies.

The Sentinel has a weight capacity bonus of 15 at Level 1 of Offensive Mastery, increasing to 35 at Level 2. A maximum capacity bonus of 70 is achievable by choosing the 'Weight Capacity' upgrade at Level 5 of Offensive Mastery. This puts the Sentinel in league with the Infiltrator and Vanguard, lower than the Soldier but higher than the Adept and Engineer. 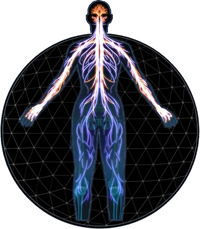 Mass Effect: Andromeda no longer uses the class system of a locked in character "class" chosen at the beginning of gameplay but uses flexible Profiles instead.

Pathfinder Ryder has the ability to change profiles at anytime (including during combat). This allows a vastly larger amount of customization than seen in prior Mass Effect games.

The Sentinel profile is one of seven profiles available to Ryder.

Sentinels are unique combatants, bringing a mix of tech and biotic abilities to the battlefield.

Bonus power - TECH ARMOR: Absorbs a significant amount of whatever damage gets past shields.
Note: The TECH ARMOR bonus power is +30 Damage Resistance, which protects both health and shields.[1]