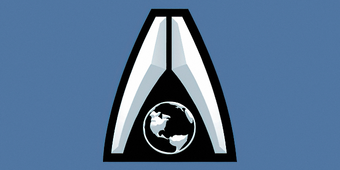 Commanding Officer of the Alliance Navy's Fifth Fleet. Worked with Commander Shepard before destruction of the Normandy SR1. A deep-cover operative is scheduled to replace his current aide in two months.

Note: Use of gender pronouns does differ for male and female Shepard. This is reflected here through use of his/her. This does not appear in the original but is included here for the sake of accuracy and simplicity.

We’ve confirmed sightings of Commander Shepard on Omega, and that the Commander is now working for the terrorist organization Cerberus. Several Alliance officials have let it be known that they consider it crucial that we interrogate humanity’s first Spectre on his/her apparent desertion of the Alliance and the Citadel. If we bring Shepard in now, we can gather an account of the Commander’s past two years without being pressured by the galactic media to leak potentially sensitive data. In light of this, I am officially requesting that you rescind your orders against Alliance contact with Shepard.

Rest assured our department is dedicated to the Commander’s safety. Provided that Shepard is cooperative in furnishing us with a detailed report of his/her previous whereabouts and current work for Cerberus, we anticipate releasing him/her from Alliance Custody no later than five to seven months from acquisition.