Shotguns are one of the primary weapons in the Mass Effect universe. These weapons typically deal very high damage at close range but at the expense of less accuracy over larger distances.

Shotguns refers to both a type of weapon and the unlockable combat-oriented talent that gives proficiency in them, available to Soldiers, Vanguards, the Krogan Battlemaster, and the Quarian Machinist.

Shotguns are particularly deadly at close range and can grant the Carnage ability by leveling up in them enough. The shotgun is stored on the small of the back in its collapsed form, below your character's assault rifle and sniper rifle. Shotguns should be monitored closely when being used as they are prone to quickly overheating.

Carnage is an unlockable talent used with shotguns to fire a concentrated fireball-like blast from the shotgun, causing it to deal massive amounts of damage to anything it strikes.

The shot fired with Carnage has perfect accuracy, and can be used to hit targets over long distances for which shotguns are normally not ideal; however the shot has a travel time that can make it easy to miss moving targets. Carnage is also one of the few ways weapons in Mass Effect can deal area-of-effect damage.

Counterintuitively, Carnage does not actually shoot a shotgun round in a conventional sense, though a shotgun must be selected to use it and the projectile appears to come from the weapon. While it does use weapon damage in its calculations, the generated projectile is a standalone power in most regards: no heat is produced; any force component and on-hit properties of ammunition (such as organic/synthetic damage bonus or fire/chemical DoT) are lost; Spectre Training and 75% Renegade bonuses are applied twice (once to weapon base damage and again to the Carnage itself).

Several enemies, notably Geth Shock Troopers and Geth Destroyers, use Carnage at the beginning of a battle. Luckily the blast is often slow enough to dodge and takes a while to recharge.

Note: Switching weapons, changing the equipped shotgun to a different model, or modifying any upgrades currently installed on the shotgun, will immediately cancel Carnage if it was active but not yet fired. This applies to all similar weapon talents in Mass Effect, for both Shepard and squadmates.

Fires a blast of particles inflicting weapon damage +50% to any enemy within 2 m of its impact point.
Recharge Time: 45s.
Accuracy Cost: 40%.

The following classes can use the Shotguns talent:

Below is a list of types of Shotguns and their base stats:

The Executioner shotguns can only be acquired through console commands.

The Hydra shotguns can only be acquired through console commands.

The Geth shotguns can only be acquired through console commands.

The Viper shotguns can only be acquired through console commands.

The Savage shotguns can only be acquired through console commands.

The HMWSG Basic Shotgun can only be acquired through console commands.

The HMWSG Advanced Shotgun can only be acquired through console commands.

Only The HMWSG Master Shotgun VII and X sophistication level can be found in-game. The rest can be acquired through console commands.

Shotguns in Mass Effect 2 are powerful close range weapons. All shotguns fire eight projectiles per shot (with the exception of the Geth Plasma Shotgun which fires three). Like all other non-heavy weapon types in Mass Effect 2 with the exception of sniper rifles, shotguns benefit from a 100% damage bonus at point-blank (melee) range. At the start of the game, the shotgun is available only to the Soldier and the Vanguard player classes, but can be chosen by any player class as a weapon specialization later in the game. The following squadmates utilize shotguns: Grunt, Jack, Jacob, and Tali.

Below is a list of the types of shotguns in Mass Effect 2 and their base stats.

Increases damage by 50% against shields and biotic barriers.

Not only are shotguns efficient at close range, but they are very good at stripping away shields and barriers. Classes with minimal cooldowns, such as the Soldier or Vanguard make great use of the heavier shotguns, but there are several lightweight models that synergize with other classes. The following squadmates utilize shotguns: Aria, James, Tali, and Wrex.

Below is a list of the types of shotguns in Mass Effect 3 and their base stats. Note that WCFDA stands for weight, capacity, fire rate, damage, and accuracy. The relevant values for those statistics are presented in that order.

1 In the Mass Effect 3: Leviathan DLC

Attach an omni-blade to the weapon for increased melee damage. 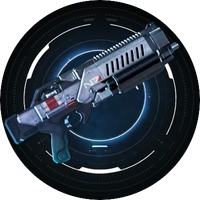 Ideal for combat at close range, most shotguns fire a deadly blast in a wide cone, but are ineffective over longer distances. Mass Effect: Andromeda continues the long Mass Effect tradition of heavy-hitting, close-ranged weapons designed to devastate anything in their way. 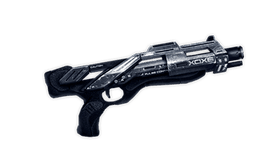 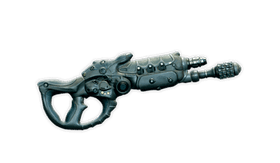 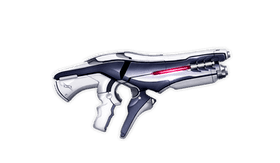 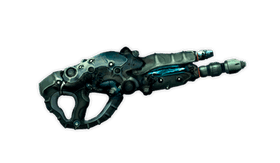 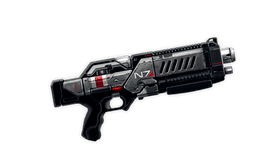 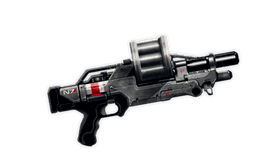 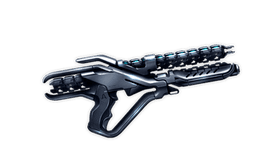 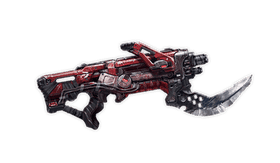 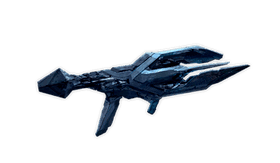 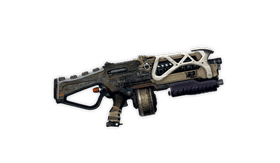 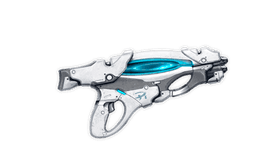 Shotguns can be customized by two different methods in Mass Effect: Andromeda.

Augmentations are semi-permanent customizations to crafted weapons or armor in Mass Effect: Andromeda. When a weapon is created during Development (crafting), hexagonal-shaped sockets are available to add augmentations to the weapon. These augmentations cannot be changed like weapon Mods and stay part of that weapon until it is deconstructed.