The Soldier is a tough warrior, able to deal with a range of combat situations. The Soldier gets improved health, has the widest selection of weapons, and is eventually able to wear heavy armor. Gameplay focus is on getting into the thick of the fight, picking the right weapon for tactical situations, and outlasting opponents. Ashley Williams and Richard L. Jenkins, as well as the default Commander Shepard all have this class. A Soldier Shepard can further specialize into Commando or Shock Trooper giving them access to levels 7 - 12 of the class talent (see below).

Soldiers are the full spectrum warrior of the squad whose talents focus on improving durability and damage. They may specialize in any weapon they choose and are the only class to have access to the assault rifle talent. Soldiers begin with medium armor and are also the only class that may upgrade to heavy armor. Their major weaknesses are their complete lack of biotic and tech abilities, relying on squadmates to pick up the slack in those areas.

Front-line warriors are trained to withstand the physical punishment that comes with combat. 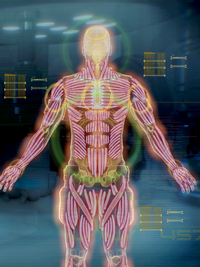 Soldiers are pure combat specialists. No one is tougher or more effective at taking down enemies with gunfire. Soldiers have the most thorough weapons training and can use all special ammo types. High-level operatives are outfitted with ocular synaptic processors that allow them to focus on targets with lethal accuracy.

Soldiers are pure combat specialists: no one is tougher or more suited to taking down enemies with barrages of gunfire. Soldiers have thorough weapons training and can use all special ammo types as well as grenades. High-level operatives are outfitted with ocular synaptic processors that allow them to focus on targets with lethal accuracy. 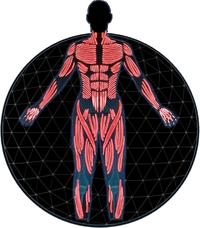 Mass Effect: Andromeda no longer uses the class system of a locked in character "class" chosen at the beginning of gameplay but uses flexible Profiles instead.

Pathfinder Ryder has the ability to change profiles at anytime (including during combat). This allows a vastly larger amount of customization than seen in prior Mass Effect games.

The Soldier profile is one of seven profiles available to Ryder.

Soldiers are pure combat specialists. No one is tougher or more effective at taking down enemies with gunfire.

This profile optimizes Ryder's mind and body for superior mastery of his/her armor and weapons.