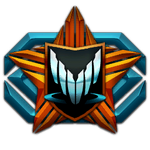 The match involves three waves. In each wave you will be fighting alternate versions of Commander Shepard.The opponents are based upon the six classes available to players, with combat powers and weapons to match, and in addition a clinching attack similar in effect to that of Husks. Each opponent has shields and armor defenses. Their shields can regenerate but their armor will not.

Wave One features a Soldier, Engineer and Adept that attack together. Each one grants 500 points upon defeat, but will respawn once each. They have the following powers and weapons:

Wave Two features a Vanguard, Infiltrator and Sentinel that attack together. Again they will each respawn after being defeated. They have the following powers and weapons:

Wave Three features all six classes spawning together and attacking en masse. They do not respawn when defeated, however.

Retrieved from "https://masseffect.fandom.com/wiki/The_One_and_Only_Achievement_Guide?oldid=510448"
Community content is available under CC-BY-SA unless otherwise noted.