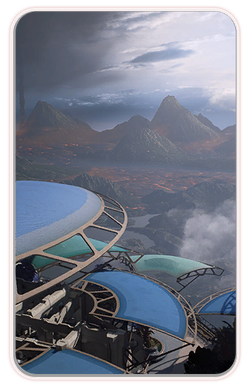 Ambassador Rialla, leader of the Initiative's embassy on Aya, reports that an angara from the Resistance has threatened a salarian scientist named Sorvis Lenn. She has asked you to solve the matter discreetly.

Starts automatically upon the completion of the prerequisite in the Andromeda Initiative Embassy.

Sorvis is not known for being good at communicating. Go to the navpoint

and talk with him, and listen to his grave accusations. He claims that an angara blamed him for the death of a friend. When the angara left, Sorvis tagged him with a dye that a scanner can pick up.

Now you need find that angara. Follow the navpoint to the Resistance Headquarters and go downstairs. He is standing near the Quartermaster Istaal. Use the scanner to make sure it's him - Jarryn Sjek.

Speaking with Sjek reveals that allowing Initiative people to move to Aya has upset the balance with an old system called the Vesaal. When one angara moves to Aya, another has to leave. There isn't enough room for all. To help make space for the Initiative people, a friend of Sjek sold his place and moved to Voeld, where he was killed fighting the kett. Sjek is upset about this, and that's why he was angry with Sorvis. Ryder understands the situation, and pledges to talk with the Initiative ambassador about this.

In the conversation with Rialla, she says she didn't know about the Vesaal and wants to solve this. You're given some options on how to solve this.

Retrieved from "https://masseffect.fandom.com/wiki/The_Vesaal?oldid=515394"
Community content is available under CC-BY-SA unless otherwise noted.