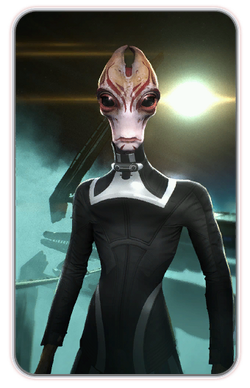 Go to the meeting point on Havarl Edit

Speak to Raeka/Hayjer about your findings Edit

Go to the navpoint on Elaaden Edit

Speak to the impostor in Kadara's caves Edit

Retrieved from "https://masseffect.fandom.com/wiki/Truth_and_Trespass?oldid=516804"
Community content is available under CC-BY-SA unless otherwise noted.