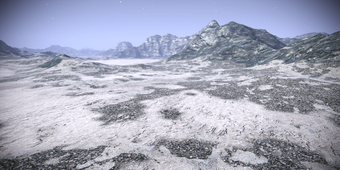 Biotic fanatics have taken over a medical station and drugged innocent researchers to serve as human shields. You must eliminate the biotics while minimizing innocent casualties.

This assignment only becomes available when you hit 80% Paragon, or 90% Paragon if you had attained 80% Renegade first. Admiral Hackett explains the situation and sends you to the planet Chohe, in the Cacus system of the Hades Gamma cluster. The mission takes place at a Sirta Foundation research facility.

The assignment takes place entirely within the prefab structures on Chohe, and the enemies all have biotic capabilities. Movement is limited in the indoor environment and there's a lot of obstacles - including the killable hostages.

To minimize casualties, consider switching your squad power usage (under Game Options > Gameplay) to 'Defense Only' or 'Disabled'. This will prevent your squadmates from accidentally using tech powers that injure the scientists. There are six scientists to protect in the base, so watch your fire. If you're going for the Paragon route, lower-firing and precise weapons -- specifically a pistol modified to do a lot of damage per shot -- will do well here. 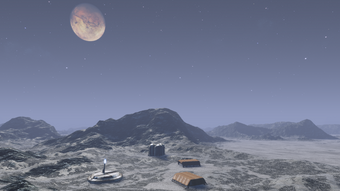 When you arrive on Chohe, head to the Science Base southwest of your landing site. Once you are inside it, is strongly recommended that you save your game if you are going for the Paragon ending of saving all the scientists. If you are not going for that ending, save nonetheless, because the fight can be difficult.

There are several biotics in the main chamber of the base, but some are waiting in the back tunnels. They will only come into the main chamber once you get close enough or move out from the cover around the entrance to the room. While the biotics themselves are not a particularly difficult fight (they seem to use their powers less frequently than other biotic enemies), the mission is complicated by the presence of addled scientists who will wander into the line of fire (and should not be killed). There are also some containment cells scattered throughout the base which may explode when Sabotage or Overload are used. There will not be a notification of the number of scientists remaining. If one is killed, a notification will appear showing how many are dead.

A good tactic is to lure the biotics out of the main chamber and into the tunnel to the entrance chamber, away from the scientists. The biotics will swarm the tunnel, which makes it easy to eliminate them. The scientists will not usually walk into that area, but watch your fire, just in case. While the Biotic Terrorist Leader has a habit of staying behind the barricade at the other end of the main room, meaning that you have may have to go after him, but he will sometimes give chase along with his followers. An easy way to notice if the leader is coming is if you hear shouting, specifically if it sounds like a crazed madman ranting about how the future cannot be stopped. 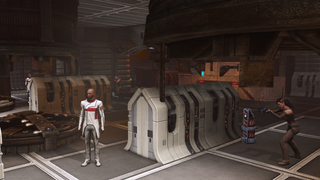 An alternate tactic is to park your squadmates in the entrance chamber by the boxes not facing the door while you wade inside the central chamber, use as few AOE abilities as possible or just use your weapons without resorting to targeted abilities, and dispose of the biotics up close by yourself. This way you can be sure no stray bullet or ability from your henchmen kills any wandering scientist. This works especially well for "tanking" builds like Shock Trooper Soldiers although you may want to fall back to the entrance chamber as advised above if the medi-gel fails to keep up with the damage you're taking.

Once you have killed the biotics, you will get a message (see below for details). Look around the main chamber for a Medical Kit on the pillar to the right of the main entrance, then head to the back rooms to gather three crates from each room. If they survive, the drugged scientists are interesting to talk to. There is a malfunctioning object in the entrance chamber. Once you are done, return to the Normandy.

When you get back, use the Galaxy Map to talk to Hackett and end the assignment. Hackett will give you his opinion on what happened: stunned congratulations if there were no civilian casualties, moderate approval if only some scientists were saved, and strong criticism if all of them were killed. Once Hackett signs out, appropriate morality points are awarded.

“You've cleared the facility. The "collateral damage" was heavy, but the Alliance does not negotiate with terrorists.
"Evolution of humanity," huh? Those biotics didn't seem that different from the other scum you deal with...”

“You've cleared the facility. Civilian losses were... tolerable.
"Evolution of humanity," huh? Those biotics didn't seem that different from the other scum you deal with...”

“You've cleared the facility. All of the civilians are safe - though still chattering to themselves and screaming at the garbage cans.
"Evolution of humanity," huh? Those biotics didn't seem that different from the other scum you deal with...”

Retrieved from "https://masseffect.fandom.com/wiki/UNC:_Besieged_Base?oldid=514427"
Community content is available under CC-BY-SA unless otherwise noted.