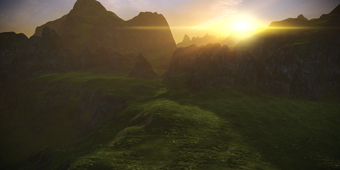 While on Feros you found the personal log of an ExoGeni employee. The doctor's notes seem to express some concern about samples they provided to a group he referred to only as Cerberus.

This assignment can be first obtained from a server node in the upper level of the ExoGeni headquarters on Feros. The terminal is located next to the PSI controls used to sever the Geth Dropship's claw; you will need a good Decryption skill to decrypt it. When you access this node the assignment will first be called Investigate Samples.

The personal log will point you to Chasca in the Matano system of the Maroon Sea cluster. You can also gain this assignment simply by landing there and investigating one of the research stations. As soon as you do the assignment the name will change. 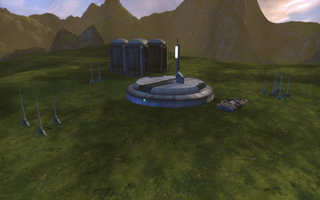 A seemingly deserted colony in the middle of nowhere is not what it seems. Something happened to its inhabitants.

Fighting is mostly done inside the prefab structures. Equip shield-boosting and/or damage-reducing Armor Upgrades as a precaution for close range engagements. Physics-based attacks to keep them at bay will be handy once inside the buildings while sniping practice can be had for the enemies outside.

There are two civilian structures and a research base to the southwest of your landing zone. The two civilian structures are on the flats and the base is on the plateau above them. They were originally used by a colonial pioneer team, but the colony has fallen out of contact. Approach any of the three structures and as you get close, one of your squadmates will comment on the obvious absence of its inhabitants. The other will always respond by saying "I have a bad feeling about this." The buildings have Dragon's teeth standing near them, so you can probably guess what you will be facing: the research base and perhaps one of the two civilian structures will have Husks outside it while the other will be deserted save for the odd corpse littering the ground. Once you have cleared the outside of the structure being approached of any loitering Husk, head inside.

No matter what structure you enter you will encounter around 10 Husks in each building. 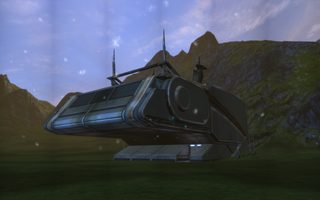 Once you enter the southern structure open the door into the main room head up to the cover provided by the wall and interior window frame. This provides great cover against the swarming Husks. Just remember that if the Husks get too close then they set off their blast weapon. If that doesn't kill you or your squad they continue their fight with melee attacks. Take out the Husks before they get too close. Tip: When you see a Husk starting its electrical burst attack, if you immediately knock the husk off its feet by any means the attack will do no damage even though the burst effect animation does play.

The side rooms in this structure are locked and inaccessible. The lower level contains a sludge canister in the far corner directly in line with the entrance door, two crates (one requiring Easy Decryption) near the farthest pillar from the entrance, a crate near the stairs going to the upper level, and a malfunctioning object near the entrance. The upper level contains two Aid Stations (giving two medi-gel apiece), a weapons locker (Easy Decryption), and an upgrade kit that can be accessed by mounting the boxes on the left past the weapons locker. Once you have everything, head out and to the other structure.

This building will again have about 10 Husks and the cover is different. Move around to take out the Husks. Just make sure they don't get too close to you. As with the other structure, the side rooms are locked and are inaccessible. The lower level has a crate in the back right corner opposite the entrance door and an aid station on the left wall. The upper level contains a wetware kit, an upgrade kit, and three storage lockers that each require Easy Decryption. Once you have everything, head to the science station. 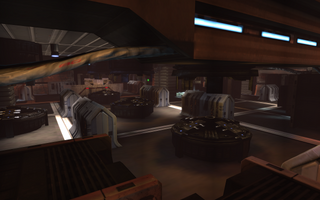 Once you manage to get up to the plateau, there will be more Husks and Dragon's Teeth outside the entrance of the science station. Take them all out then proceed into the structure. When you enter the science station head to the first room. Don't worry you will not encounter any Husks in this room. So head into the main hold and take out the Husks there. Make sure they don't get near you and backpedal into the entry room if you need to. Once all the Husks are down head to the pillar to the far right of the entryway for a med kit then into the back rooms.

The back room to the left is completely empty. So head to the right and in this room are a technician kit, a locked crate (Easy Decryption), a wetware kit, a secure weapon locker (Average Decryption), and a malfunctioning object. Accessing the terminal will reveal that the entire pioneer team is dead, and whatever 'samples' were provided to Cerberus (possibly referring to the Dragon's Teeth scattered around), they effectively killed all the colonists. Acquiring this information updates your journal and ends the assignment.

Retrieved from "https://masseffect.fandom.com/wiki/UNC:_Colony_of_the_Dead?oldid=510149"
Community content is available under CC-BY-SA unless otherwise noted.