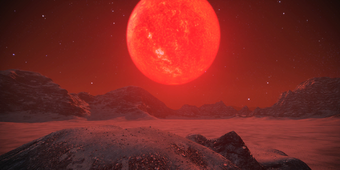 An old Alliance espionage probe has turned up in the Voyager Cluster. These probes carried nuclear payloads, and if the Citadel discovers these nuclear booby-traps, it would greatly embarrass the Alliance. Your mission is to find, disable, and recover the probe.

Alternative journal entry:
The logs for the freighter on Feros showed large deliveries being made to a system in the Voyager cluster. The strange thing is, there's nothing out that way that would warrant such a demand for supplies.

This assignment can be obtained simply by entering the Amazon system of the Voyager Cluster, or by hacking a terminal inside the Borealis in Zhu's Hope, Feros. In case of the former and regardless of the latter, Admiral Hackett comms the SSV Normandy to inform you about the probe.

If this assignment was acquired on Feros, the initial journal entry is labeled Investigate Shipments and reads as follows:

“CARGO LOGS
While decrypting these logs, you found something suspicious. Several months' worth of human rations were delivered to an uncharted world in the Voyager cluster. The logs aren't clear, but it appears they maybe have been dropped off somewhere in the Amazon system.”

The journal entry label becomes UNC: Espionage Probe upon accepting Hackett's orders, or, refusing that by claiming to be busy, upon locating the probe.

If Shepard has sniper rifle training, then bringing along squadmates who are similarly trained may prove useful. You'll be facing enemies who are quite difficult to damage, so Shredder Ammo and Warp can increase your damage potential. Putting out a lot of damage in one shot, specifically using damage increasing modifications, Assassination if you have it, and points in Sniper Rifle training give a huge advantage in the fight. If you play your cards right, it becomes entirely possible to pick off opponents like they aren't even there while taking, at the most, negligible damage because most people don't shoot straight when targets are the size of an ant.

If you're not sniper trained and still planning to fight enemies on foot for higher XP rewards than the Mako's cannon offers, Neural Shock will drop them immediately to the ground where they can be quickly blasted with Carnage or otherwise pumped full of holes. Biotics will keep pirates off their feet, which helps reduce the amount of incoming fire but will lead to having to chase them around.

Legendary Edition: Changes in the Legendary Edition mean this mission no longer requires special preparation, as when the time comes you can run to the Mako, which will make short work of the enemies while providing full XP benefit. 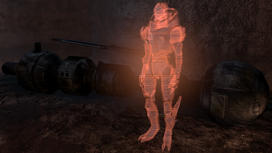 Head to Agebinium. Land on the surface, and make your way to the mine (labeled "Alliance Homing Beacon" on the map). When you reach the probe in the back of the mine you'll trigger a trap set by Elanos Haliat, the mastermind behind the Skyllian Blitz. If Shepard has the War Hero background, Haliat will claim that he is having his revenge for Shepard's responsibility in repelling the Blitz (and Haliat's subsequent loss of reputation among his band of pirates when the attack failed), and sets the nuclear device on the probe to overload in order to kill Shepard. With either of the other two backgrounds, Haliat will still set off the bomb as a form of general revenge against the Alliance and because his operation had been discovered. You now have ten seconds before the bomb goes off to disable it.

Disabling the bomb entails disarming three hard points on the probe, each involving a mini-game or omni-gel, at 100 units each. These mini-games have a much longer sequence than most others, and thankfully progress more slowly. Once you've disabled the bomb, you'll discover that the way you came in is now blocked by fallen debris. The other airlock door, which was previously inaccessible, is now interactive and can be opened. Make sure to grab the upgrade kit right inside the door before you escape the mine and return to the surface. Your antagonist is just over the next rise with your Mako and some assorted criminals. Take out Haliat and his goons to end the assignment. 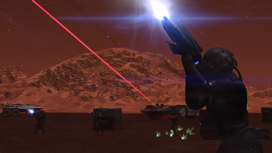 Be advised, killing these hostiles can be challenging as they are quite heavily armed, and you will have no cover when approaching them. If your character is trained with the sniper rifle, it is easier to snipe them one by one from above. Otherwise, run down the slope and quickly get in the Mako - if you haven't fired at the enemies they will not alert in time to do significant damage. Use the Mako's big cannon to clear the area and end the assignment - though since these pirates have armor that can miraculously survive a direct hit from the cannon, expect to be chasing a few all the way up the hillside or into the next valley over. If you can eliminate the enemy snipers, getting back out of the Mako and fighting the rest of the pirates on foot for higher XP rewards also becomes a reasonable option.

Another way to get the Mako is to teleport back to the Normandy from the Map section of the squad menu, from whence you can go back with the Mako and finish off Haliat's gang.