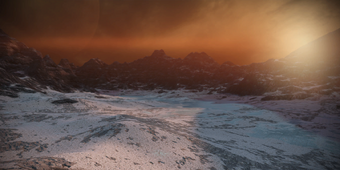 Cerberus has been conducting illegal genetic research in an effort to create an unstoppable army. You found Kahoku dead in one of their bases, and now you are the only one who can stop them.

This is the third assignment to stem from the Missing Marines assignment tree. After finding Admiral Kahoku's body in a containment facility on Binthu, you will learn the location of Cerberus' main base of operations. It is located on the planet Nepheron in the Columbia system of the Voyager cluster.

A rather high number of heavily-armed and armored humans will be your enemies for this assignment. Disabling them through your abilities (and/or squadmates') and equipping yourself with armor configurations high on protection stats are considerations. You might also consider waiting until you reach a fairly high level, such as 30 to 40, before attempting this assignment. Biotic and tech teammates will do well here, since disabling an opponent and being free to attack with impunity is anyone's dream. Throwing them around, using Singularity, Overload, Sabotage and the like works wonders. 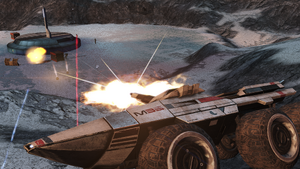 The Cerberus base on Nepheron is labelled as 'Underground Facility' on your map. The facility's entrance is defended by two Cerberus Snipers and two Cerberus Anti-Tank infantry. Once all the guards have been defeated, go inside the underground facility.

Go down the corridor and into the anteroom, where you'll find an upgrade kit. Then move into the main room, which contains more Cerberus troops in the form of five Cerberus Commandos and three Cerberus Snipers. Use the limited cover near the entrance to take out the troopers. The snipers sometimes stay at the other end of the room, but may also come rushing at you. If you're playing at high difficulty then keep defensive abilities like Barrier and Immunity active when exposing Shepard. A fairly safe tactic is to head in, Neural Shock the first thing you see, concentrate on killing it quickly, and then pull back to the entrance to recover.

Once all the Cerberus forces fall head to the other end of the room and down the hallway to the rooms at the back.

Unlike most science stations the item that ends the mission is to the left and not the right. However the room to the right holds a lot of loot: four storage lockers to the left of the door when you enter, a med kit, a medical station, and an upgrade kit. Open or decrypt them all then head to the final room. Turn left immediately for a medical station. At the far end of the room there is a terminal; using it triggers the following message: 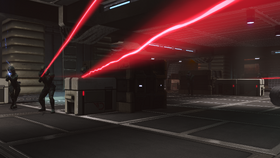 “You cautiously press a few buttons, and an alarm chimes — the optical database is flashing itself! Quickly, you copy as many files as you can to your hardsuit's internal computer. Its memory wiped, the computer shuts down. The files are sure to be encrypted, but you've got time to crack them.”

The next time you access the Galaxy Map, you'll receive a transmission from a Shadow Broker agent asking for the files you found in the base. Apparently Kahoku promised the Shadow Broker these files, in return for getting information on how to find Cerberus. You can transmit them to him in exchange for credits and nine Renegade points, or refuse for eight Paragon points — though the agent will warn you that the Shadow Broker will not forget this the next time Shepard needs help.

If Commander Shepard completes these Cerberus-related assignments, in Mass Effect 2, Miranda Lawson claims the bases were part of Cerberus' military division. Tali'Zorah vas Neema will comment that Cerberus thought that enslaving Thorian creepers and rachni was a good idea upon recruitment. These events will also be referenced in a news feed on the Citadel; an investigation is being conducted into Cerberus activities that may connect with Kahoku's death, possibly with the added testimony of Corporal Toombs and Doctor Wayne. The asari Spectre Tela Vasir will also be aware of Shepard's operations on this mission.

Retrieved from "https://masseffect.fandom.com/wiki/UNC:_Hades%27_Dogs?oldid=460342"
Community content is available under CC-BY-SA unless otherwise noted.