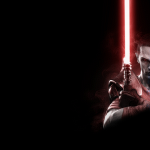 Notes: An N7 graduate with a heroic reputation with the marines and the citizens. Mother is Captain Hannah Shepard and father is Captain Michael Shepard. Shepard is a decorated war hero due to his heroic actions on Elysium and fought the Batarians until reinforcements arrived.

Retrieved from "https://masseffect.fandom.com/wiki/User:Jackalex13?oldid=282574"
Community content is available under CC-BY-SA unless otherwise noted.