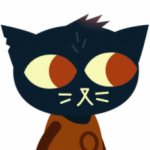 I only play as Paragon War Hero Vanguards with Reave as bonus power. Variety and I just don't mix.

My dA profile can perhaps tell more about me if you're interested...

People have been asking about me, so there you go, I'm female and I'm from St. Petersburg, Russia, but currently living in Tsarskoye Selo/Pushkin near it. I generally am more into shooters than RPGs, that's why I like ME2 much more than ME.

Out of main characters my favorite is Tali, but I can't understand the hype around her (aka Talimancers). I mean, really, what's wrong with people? I think my own reasons to like her are that I find her suit beautifully designed (in ME2 at least, and especially with the Alternate Appearance pack) and that she reminds me of one of my best real life friends (in personality only). On the other hand, I strongly dislike the fact that she's been turned into fanservice in the second game, but I guess fans had gotten what they asked for.

Other characters I like include Kal'Reegar, Legion, Lemm (yeah, from Ascension) and many others, such as Samara, Mordin, Grunt, Wrex, Kasumi, Joker, for some reason Detective Anaya... However, I don't like any other potential romance interests (other than Tali, that is) enough to actually romance them, but that doesn't mean I don't like them at all.

I have Revelation and Ascension (in Russian). Generally I liked Revelation more, but Ascension had better translation and quarians who are my favorite race. And no, it doesn't mean I think they are justified in everything they did or do, in fact, their flaws is what makes me like them the most.

Retrieved from "https://masseffect.fandom.com/wiki/User:Kiadony?oldid=210653"
Community content is available under CC-BY-SA unless otherwise noted.