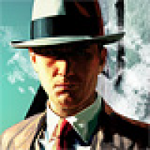 When I had first heard of Mass Effect, I thought " Wow, this game looks epic". The series deserves every award for Best RPG ever. I loved the story, the gameplay, but most of all... the characters. BioWare had truley made a universe the has life and I loved it. The romance was truly an interesting concept and really made Shepard feel like another person in the universe. In the how many hours I have devoted to this game, I have always been the Paragon (just always been a good guy). I have had every possible romance option for the male Shep over both games. I hope Mass Effect 3 will be the best game ever for me and for everyone on this whole Goddamn wiki.

Now that the wiki is out of the way, my name is Landon, I am 23, and I am a salesperson. I work mainly at home but I will go out of town (Yankton, SD) occasionally. Aside from Mass Effect, my favorite games are: Red Dead Redemption, Grand Theft Auto 4, Mafia 2 ( fan of Mafia), God of War 1-3, MadWorld, No More Heroes 1 and 2.

Game on my chopping block.Edit

Yakuza 3 is a game set in Japan during modern times. It follows the continued story of Kazuma Kiryu as he works his way through the Japanese Mafia, or Yakuza.

Note: This game is in Japanese, as the English voice actors performed terribly for the first game. Some interperation may be off.

Retrieved from "https://masseffect.fandom.com/wiki/User:MEffect_Fan?oldid=153057"
Community content is available under CC-BY-SA unless otherwise noted.