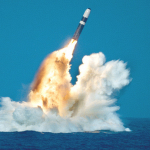 My name is Rohit, I am 23, and I am a chartered accountant. I live in London and study CFA (career shift - accounts is boring), but I am currently doing an internship project in Southern Africa.

I love the Mass Effect universe. I was never that much into video games, but this one just captured my imagination and thrust me into a world I wish would become a reality one day. I will be sad when this fine series ends, and I hope Bioware comes up with more games of such calibre.

My goal on this wiki is to mainly participate in discussions about the Mass Effect Universe. I had not planned on really making any edits here, since I suck at that kind of stuff, but surprisingly I am really enjoying making my share of minor contributions whenever and wherever I can.

I used a few Shepards in Mass Effect, mainly to get achievements, test the different gameplay styles and to explore the Paragon/Renegade routes. However there are 2 main Shepards that I decided to import to Mass Effect 2:

Raj Shepard (Male, Colonist, War Hero): This one is based quite a lot on myself. Gave him an Indian name (because I am Indian) and look and made choices like I would have had I been in the situation as accurately as the game allowed (To be honest, I personally would just run away if I see a Geth Colossus).

Jane Shepard (Female, Earthborn, Ruthless): I wanted this one to be the complete opposite of my male Shepard. So made her a tough "bad girl" tech expert.

Jane Shepard (Female, Earthborn, Ruthless): Same girl from ME. Kept her the same.

I plan to crate two more shepards with my imported characters to explore options that i havent so far, and to make some diffrent choices, like destroying the collector base and keeping Kasumi's Graybox, as well as staying loyal to the romance options from ME.

Garrus Vakarian: Just love his character and the way he develops. I would love to have a friend or even a brother like this.

Tali: A lot like my girlfriend. Sweet, and innocent and snug in all the right places. And as a bonus, she knows how to hack computers. Enough said.

Ashley: I just love her "I am who I am, like it or not" attitude and her caring side, one you break through that outer shell.

Liara: I just love how hilarious she is without meaning to be, and how dedicated she is to Shepard, going as far as to secure his/her body.

Mordin: The best comic relief in ay video game I have played to date.

Matriarch Aethyta: An asari matraich bartender who headbutts krogan, wants to beat customers with their own spine and casually tells you that you cant have sex with her because she just cleaned the bar...how awesome is that?

Retrieved from "https://masseffect.fandom.com/wiki/User:RS_Kossery?oldid=222624"
Community content is available under CC-BY-SA unless otherwise noted.