This is a page to compile content deleted from or altered in the final version of the first Mass Effect game.

[3] At some point, Ashley was a possible romance for female Shepard.

Fal 3 is a privately-owned planet in salarian space. An entire world devoted to the industrial process, its primary revenue stream is generated by the construction and sale of private spacecraft. To supplement income, Fal 3 Manufactory has launched a line of prototype omni-tools, though they are expensive and extremely rare.

With strange visual features that can be seen from orbit, Weirrus is a rock and ice planet with an extremely thin atmosphere composed of carbon dioxide and ethane. Its frozen surface is mainly composed of iron with deposits of nickel. Surface gravity is comfortable at 1.5 standard G's. Anomalous radiation emissions from the surface have been detected.

Corporate investment in the belt dried up when mass effect drive was discovered. The ability to cheaply lift resources into space from habitable worlds made asteroid mining unprofitable in comparison. Iconoclasts and independent miners still settle in the belt.

For detailed information, please refer to the standard issue Alliance Galactic Codex. Earth orbit is riddled with debris generated by ""bootstrap"" space development; use of kinetic barriers is recommended at altitudes over 85 km.

Geysers of molten suphur dot the rugged landscape of this volcanic moon, its atmosphere a toxic layer of sulphur dioxide. Eldfell-Ashland Energy established mining operations on Caleston to extract the scattered deposits of element zero leftover from an ancient meteor strike, making this moon the largest source of starship drive core material in the Attican Traverse. 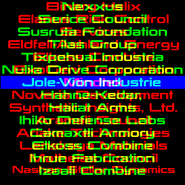 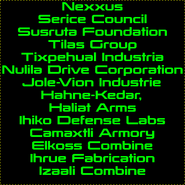 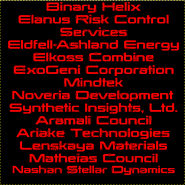 Add a photo to this gallery

Too bad that didn't happen. I actually wanted to have Mordin in the paragon walkthrough as well as recruit Nyreen and Randall to the squad.--Mike Gilbert 16:46, March 15, 2014 (UTC)

Retrieved from "https://masseffect.fandom.com/wiki/User:TheUnknown285/Sandbox/Mass_Effect_Deleted_Content?oldid=494240"
Community content is available under CC-BY-SA unless otherwise noted.