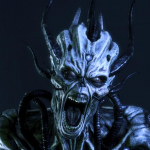 Ready for Andromeda! (This news drip feed is slowly killing me.)

I am an Administrator on this wiki. Feel free to ask me questions you have about the wiki or the Mass Effect universe.

I played the trilogy on the Xbox 360, but will be playing Andromeda on PC.

Retrieved from "https://masseffect.fandom.com/wiki/User:Trandra?oldid=470058"
Community content is available under CC-BY-SA unless otherwise noted.