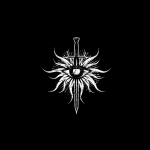 Unic of the borg

I am Unic of the borg. I like Mass Effect and Mass Effect 2 and own them now. Now I can't wait for Mass Effect 3, which will probably involve uniting entire races against the Reapers (I practically realized the possibility of that happening in the game).

I like Commander Shepard, he/she is very courageous and I prefer the paragon story. The galaxy needs leadership after all. I also beated Mass Effect 2 in just two weeks after it was released. I thought ahead and believed that an army composed of krogan, rachni, geth and quarians are required to face the Reapers.

I have decided to play my different Shepards in gender order.

Retrieved from "https://masseffect.fandom.com/wiki/User:Unic_of_the_borg?oldid=344272"
Community content is available under CC-BY-SA unless otherwise noted.