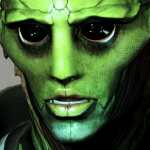 A seven day discussion is also only to be used in those cases, not for what you think it is. There are still come clear gaps in your understading of site policies. Lancer1289 (talk) 20:41, June 24, 2013 (UTC)

Retrieved from "https://masseffect.fandom.com/wiki/User_talk:Cattlesquat?oldid=414572"
Community content is available under CC-BY-SA unless otherwise noted.