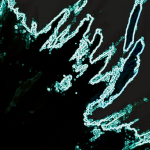 Hi Del, thanks for offering. I made the ME3 "Ambient Dialogue" subpages as an experiment and something to use as an example in a possible future proposal. The first step of the project is to justify the addition of ambient NPC dialogue to begin with, so I'll put together a section for the MOS and organise the project and vote around that. If the proposal passes, new AD content can be added whenever someone has it ready and it conforms to the MOS. Elseweyr talk • stalk March 2, 2015, 16:25:54 (UTC)

barely a few hours after the new one and the people above our pay grade already had other things in mind implemented.

Do you remember when I was speaking to you about a Cerberus website for viral marketing, I found it back! You should have a look :)

Hey Else, I need a second admin to weigh in on the debate I seem to be having with Temp over the Homeworlds 2 article. See [1]

The issue shows, in its final scenes, both the Human-Reaper and Tali on Rannoch, as Rael'Zorah's speech plays over the images. I originally tried to add a trivia note that Tali is shown on Rannoch despite being able to die during the Suicide Mission. Temp reverted it, saying it was just a sunset, yet the article text still stated it was Rannoch. As a result I subsequently removed that from the article text after a subsequent attempt to add the trivia note was reverted. I also later added a note about the Human-Reaper. Temp has since reverted both those edits, and in a somewhat snarky edit comment has stated that it is meerely an artistic rendering of Rael'Zorah's speech, despite the fact that is not what the issue shows.

The way I see it there are two ways of interpreting the issue:

be careful with throwing around words like "fact" as the limitations of any storytelling medium - especially one trying to fit in a multiple-choice storyline - will always ensure some ambiguity will creep in.

as to your insistence on a trivia note, the events aren't. it's a sequence of panels illustrating rael'zorah's speech, which may or may not be on point depending on whether your tali lives or dies. what is "impactful" or "interesting" about this? tali living or dying isn't at the very least - it's a story outcome that can happen after hours of normal play.

is there a "continuity error" here worth noting? again, tali's status whatever the outcome is treated as valid. first and foremost consider you're reading a visual medium where the items in question fit right in as foreshadowing, as a what-might-have-been, or as aesthetic filler. -you- are trying to make a judgement call on a trivia note by trying to claim "OMG CANON FAIL" when to begin with the entire thing is just imagination and not actual events at the time (the question of why they chose those particular scenes is something only the devs can answer, but we can infer and relate to). so, tali standing over rannoch (or wherever it is, but the unsubtle implication is there) can be both correct and incorrect (weirdly), but that's the nature of the beast.

to repeat myself, again: no, there's no continuity error (nor trivia) here as the events haven't happened yet and any purported discontinuities can be brushed off with mundane justifications.

i gave you an out by seeking dev intent (or maybe just mac's) whenever issues like this appear. if you're too lazy to do so, just drop the matter as you're wasting everyone's time: among others, yours, mine, and potentially elseweyr's. T̴̴͕̲̞̳̖̼̱͒͛̎͒ͫ̃ͧeͩ̈̽̈҉͓̝̰̼̦̫̤̀͠m̫̪̪̯̻͎̫̅̇̓̇͌̚p̸̙̝̓̓͌ͨ͆ͣͥ̂̕o͒̽͐̽͏̞̬̻͕͔͕͚̰͍͠͞ṙ̢̞͚͈̹̰ͨ̓ͭ̈́̌ạ̢̧̪̹̺̺̣̹̲͂͆̏ͪͨ͒ͭř̹͈͜͠y̷͍̻̜̹̼̾̽̈́e̵̹̼̟̦͚͐̈́͌͘d͉̲̣̻͉̱͗̅ḭ̷̻̆͋̆̓̔͝t̨͍̦̫̗͂̅̍̋̆ͩ͝ộ̫̟̬̳̝̲̾ͫ̒̿ͮ̑̚rͯ̎ͨͭ̄̿̽͛҉̠̫̱̠̘̘̲́ͅ7̩̻ͤͩͨ͝͡8̜̣̙͇̻ͨ͛͛̆͒̆̽̒͐͜͡ ͥ̍̉̃̇ͥ̓ͨ͏̕҉̥̹͓̗̤̠̖̤ (talk) 21:11, March 23, 2015 (UTC)

I am already seeking Mac's answer to the Conviction question. After a week I still have no answer. What likelyhood is there I will be more successful this time? As it is you have your own opinion on this matter as do I, hence why I am asking Else as a third party in her status as Administrator to weigh in on this issue one way or another and stop any further timewasting on what should have been a rather simple issue. In a way you are right but your own logic uses a lot of assumption as to the writer and artist's intent, perhaps even more than my own, which was simply to state the possibility in a trivia note, just as I suggested doing on the Conviction article. I'm not suggesting 'OMG CONTINUITY ERRER' as you so nicely put it, more that those scenes could possibly not occur in the series - a valid note by any stretch of the imagination. Garhdo (talk) 22:16, March 23, 2015 (UTC)

Regarding the purpose and implications of the disputed panels, I don't have much to add to what TE78 already said above. Genuine continuity errors contradict established canon regardless of player choices. For example, the panel of the Human-Reaper contains no other specifics (such as particular squadmembers), so at most it can be taken to symbolise some way for Tali to serve the fleet -- the journey leading up to dealing with the Human-Reaper is something she participates in regardless of her player-influenced fate. Anything beyond that would be up to reader/player interpretation, as is probably intended given the vagueness of the final panels.

That said, I do think "Tali standing on the surface of Rannoch as the sun rises" could be reworded to better reflect the panel, if only because it's not necessarily a sun rising :p In line with TE's response, however, the panel of her standing there is not necessarily the devs implying "she will end up on Rannoch no matter what", so IMO there are no continuity errors that need to be noted. Elseweyr talk • stalk March 24, 2015, 12:01:29 (UTC)

I would also like to weight my opinion on two points.

Well in addendum then one more question: How are we treating Rannoch? If we assume the planet is still Rannoch Tali's final line in the issue is said there, and unlike the Human-Reaper being shown on its own it does show her on the planet - The story implication is that just as she will have a part to play in the Battle of the Citadel and the fight against the Human-Reaper she will return to the Homeworld. If this is not how that can be interpreted I would like to know how we are dealing with this issue. Garhdo (talk) 18:45, March 24, 2015 (UTC)

I still don't think there's an issue here that needs dealing with. Normal editing rules still apply, however, so if you want to introduce this change into the article but other editors have disagreed with you, you'll have to start a topic on the article talk page. Given the nature of visual media (also discussed above) I can't really recommend pursuing this path -- this "face value" approach would justify noting things like "the penultimate panel, which shows Garrus spotting an N7 logo, contradicts any instances where Shepard is not wearing N7 armor" (Homeworlds #3). I hope this example illustrates my stance on the final panels of #2 as well; either way, I can't really answer your questions further without repeating what's already been said. Elseweyr talk • stalk March 25, 2015, 11:49:46 (UTC)

I don't know if this is serious enough to be considered trolling or sexual harrassment, but Pikablu The Crusader posted this in chat, when I was the only other person there: "I CAN'T FIND MY DICK CAN YOU HELP ME? NM I FOUND IT"

Retrieved from "https://masseffect.fandom.com/wiki/User_talk:Elseweyr?oldid=455990"
Community content is available under CC-BY-SA unless otherwise noted.