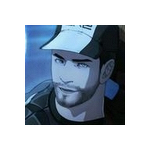 Hi, welcome to Mass Effect Wiki! Thanks for your edit to the Jeff "Joker" Moreau page.

Be sure to check out our Style Guide and Community Guidelines to help you get started, and please leave a message on my talk page if I can help with anything! -- SpartHawg948 (Talk) 09:00, 21 January 2012

Note that you are now edit warring over the Jeff "Joker" Moreau article, and edit warring is a bannable offense. If you had read my edit summaries, or looked at the image page itself, you would see there are many issues with the image, and the section it was being placed it. Do not keep readding the image until either the issues have been resolved, or we get more information to justify an image. Lancer1289 16:09, January 21, 2012 (UTC)

Which language do you speak?

I speak Czech and I thought that if you simplify the text. I know this is English Mass Effect Wiki, but You should take into consideration as well as to foreigners. Jeff150 17:44, January 21, 2012 (Evropan Time)

I literally cannot simplify my language any further or I won't be able to read it. I'm already typing in simplified English as it is. We do consider foreigners, but since this is the English Wiki, we communicate in English, and that requires you know English. Lancer1289 16:52, January 21, 2012 (UTC)

But, You have to understand it that I can do to translate your text up to ten times different. Ok, It would be better to close this depatu here, because it probably will not solve. I would also like to ask you. If you send me again the reasons for the cancellation of my picture and Please put me right here. Jeff150 18:04, January 21, 2012 (Evropan Time)

Except that again, we speak in English, therefore we expect that our users have an understanding of the language so we can communicate. Currently, I have to read what you type several times to be able to understand it, let alone comprehend it. Your grammar is all over the place, and it makes it very difficult to read. I cannot make my language any simpler because if I do, I won't be able to understand it myself.
I stated where you can find the issues with the picture, but I will repost them here. "Undo. Section is too small to warrant an image at the present time. Especially one with a few issues". "File Naming conventions, Shepard in image unusable in articles, image unclear". Lancer1289 17:37, January 21, 2012 (UTC)

You were adding a picture to the page. The section you put it in is too small for a picture. When you make an edit, and someone like Lancer undoes it, they usually have a reason. You keep putting the image in and he keeps taking it out, that is called an edit war. It doesn't help anyone, and you can be banned for it. You can see changes that happen here, and it shows the reason people make edits. I hope I have helped --FoxtrotZero 23:25, January 21, 2012 (UTC)

First, the problems with your edit are now in at least three separate places, so I'm unsure why you are asking for an answer to a question that has been answered at least once on this page.
Second, the absolute thing I hate beyond anything else is someone putting words into my mouth. I.e. "He also does not like that you do not speak English". NEVER did I say that, nor was it implied. It is an inconvenience that English is not your first language, yet since that is the language we all communicate with here, and not broken English, it is expected that you be able to comprehend it so that if an issue arises, then it can be communicated quickly, efficiently, and dealt with in a timely manner. We have multiple editors from other countries where English isn't the primary language, Malaysia, Russia, and China off hand, and yet they can speak and read English fluently. Lancer1289 00:42, January 22, 2012 (UTC)

I'm sorry, but this is where I take umbrage. Lancer, you're the one who refused to find a way to simplify your English so this gentleman, who is not very familiar with the language, could understand what you're trying to tell him. You are the one trying to drill something into his head by repitition, instead of catering to his unfamiliarity with the language, when he has made more than clear his lack of experience. Personally, I find that extremely unbecoming of an administraitor, who should be much more an example for the rest of the userbase. So I hardly think it's fair for you to jump down my throat when I'm the one trying to help him out. To do that, I have to simplify my statement. So I'm sorry if you took offence, but I'm sure as hell more concerned with getting your point across to this gentleman than I am about elbowing your ego. --FoxtrotZero 04:02, January 22, 2012 (UTC)

Retrieved from "https://masseffect.fandom.com/wiki/User_talk:Jeff150?oldid=232478"
Community content is available under CC-BY-SA unless otherwise noted.